The interviewer asked: “What about this ceasefire in Ukraine?” Here is JB Campbell’s answer in full: 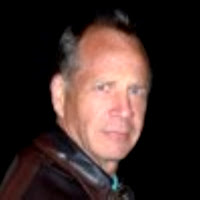 I don’t think the ceasefire will last. America won’t let it last.

The private Rockefeller group called the Council on Foreign Relations in New York picked the Ukrainian gangsters, Yatsenyuk and Poroshenko, as provocateurs to create a war against Russia. So far, it hasn’t worked but they won’t stop.

Maybe even Americans are realizing that the Obama gangsters are taking us to war with Russia, totally against our will. This disaster cannot be fixed in Ukraine or Iraq or your country or Syria or Palestine, it can only be fixed in New York and Washington, by Americans.

What we’re witnessing is the Brzezinski doctrine in action, which is the destruction of Russia and regime change. Zbigniew Brzezinski and the CIA created al-Qaaeda in Afghanistan in ’79 to destroy the Soviet Union, which it did.

Now al-Qaeda has become ISIS, which is headed by Abu Bakr al-Baghdadi, who we now learn is actually an Israeli named Elliot Shimon.

Real Muslims do not wage war on their own people and leave Israel and America alone! That alone is proof that all this mass murder is run by the CIA and Mossad.

Obama’s mentor is Brzezinski, who performed the same role for Jimmy Carter by forming al-Qaeda, which means “the CIA’s database of mujahidin fighters in Afghanistan.” Brzezinski is the Rockefeller theoretician, and always has been since forming the Trilateral Commission for David Rockefeller in 1971. Brzezinski’s plan is still the same: destroy Russia, with nuclear war if necessary.

Brzezinski and the neo-cons, who are in basic cooperation, are insane warmongers who think that they can survive an exchange of nuclear bombs and missiles! Russia continues to show the world how to deal with the Washington gangsters, through restraint, humanity and the readiness to confront US aggression.

Only American freedom fighters can save the world.

The Rockefeller syndicate, headquartered in New York, can only be stopped by Americans – it is our responsibility and duty to humanity to destroy the engine of disaster, that private ministry of war, the Council on Foreign Relations in Manhattan, which grooms and appoints all important people to power positions in the US government, including all our presidents and all their advisors, including all directors of the CIA and NSA.