The current Ebola outbreak in West Africa is distinctly different from any over the last 40 years, several public health officials said Monday, making it far more challenging to control.

As of Friday, 3,944 people had been confirmed infected with Ebola in Guinea, Liberia, Sierra Leone, Nigeria and Senegal since December, according to the World Health Organization (WHO), which has admitted that it is likely under-counting cases. More than half of the victims have died.

he United States and Britain are sending troops and equipment to West Africa to help curb the spread of Ebola, officials said Monday, as the World Health Organization warned that the outbreak is outstripping the capacity to respond in one of the worst-hit countries.

The military forces will build treatment facilities in Liberia and Sierra Leone to help care for victims of the virus, which has killed more than 2,000 people since it was detected in March.

– Ebola spread is exponential in Liberia, thousands of cases expected soon: WHO (Reuters)

– WHO: ‘Many Thousands’ of New Ebola Cases Expected in Coming Weeks (TIME)

– Ebola virus spread by taxi passengers, says WHO (The Independent) 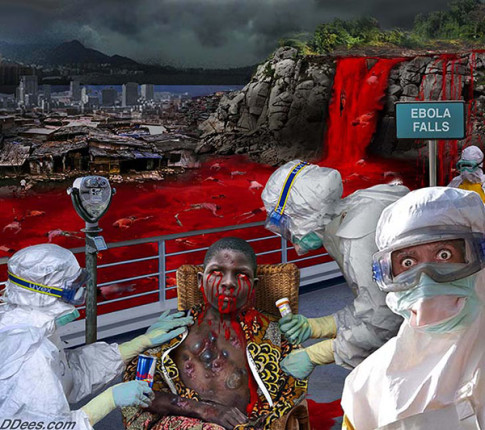