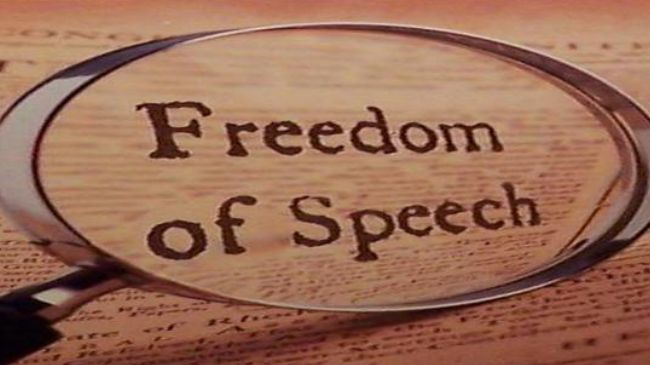 “Eutelsat is a person, not a company.  Eutelsat says it is European, but it is actually Israeli.  French sounding “Michel de Rosen” runs Eutelsat, an Israeli citizen, company with Israeli stockholders, a company long dictated to by extremist groups within Israel, the militant ultra-nationalists of the Likudist regime of Netanyahu.”

Iran is a controversial nation to some.  To others, be they the 120 nations of the Non-Aligned Movement or nations that believe Iran is targeted for its failure to bow to the will of a very real worldwide conspiracy, Iran is an ancient empire that has reached for greatness under the most difficult of circumstances.

In a world of lies, and we are lied to, not just by the “pop culture press” but by armies of seemingly friendly faces who pour poison in our ears, today is a “big win” for many.  Iran will be silenced to the people of Europe.

The choice, we are told, is one of a company, Eutelsat Communications. It claims that Iran, 19 news and information sources, some clearly among the best, most dependable and trustworthy in the world, will be silenced. This is not all.

First of all, the reason given, that Eutelsat is following sanctions is a lie.  There are no sanctions against Press TV or other news sources, no UN vote supports it and I would like to see the issue taken before the General Assembly.

Of course, it might be taken before the UN Security Council, five real members and five “keep quiet and don’t bother anyone” members, who make all decisions for the UN. Two members, Russia and China vetoed sanctions against Syria. 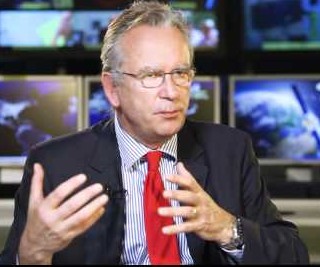 We ask them to support freedom of speech for Iran by voting sanctions against any nation that uses services from Eutelsat, a company that has decided to stop acting as a satellite provider and now decides who and what can be heard.

Thus far, Europe is silent; no one has said a word.  Is Europe a continent of errant children who must be coddled?

Of course it is, where nation after nation in the name of political correctness and “war guilt” have formed petty socialist police states in order to take care of populations long deemed incapable of discernment or any sign of self-realization and adulthood.

There are more lies.

Eutelsat is a person, not a company. Eutelsat says it is European, but it is actually Israeli.  French sounding “Michel de Rosen” runs Eutelsat, an Israeli citizen, a company with Israeli stockholders and long dictated to by extremist groups within Israel, the militant ultra-nationalists of the Likudist regime of Netanyahu.

Eutelsat is an intelligence operation as are most communications billing companies, mobile phone providers and the infamous “choke points” that make sure all communication, all progress, all privacy is subject to what is allowed. Most of such “choke points,” companies like “Google” for one, are Israeli owned. Call it a coincidence.

When Eutelsat chose to choke off Iran and end free speech in Europe, many spoke up but none pointed a finger at Israel and their desire to paint Iran with a “black brush.” The armies of “shills” were sent out to complain about violations of free speech.

One organization after another, all controlled opposition, part of Israel’s “game theory warfare,” rose in self-righteous anger and, as usual, pointed in the wrong direction.
Though you can tell the truth in America, the chances of doing it in the “pop culture press” or on the “mainstream media” are about as likely as meeting a dinosaur on Mars.  This is a private joke with fellow writer and good friend Kevin Barrett.

Iran, however, lets me say things that aren’t always tame, aren’t always favorable but are true just the same.  I am thanked for telling the truth.

Today I saw a television show with American radio host, Mike Harris, former candidate for governor of Arizona, spoke out on the company, Eutelsat and its Israeli ownership and management.

As soon as he mentioned Israel and began a factual presentation based on advanced research of corporate governance and the company’s previous history of silencing free speech in other nations, Harris was subjected to attack and disruption by a fellow guest.

I recognized the tactics employed by those tasked with ending free speech when they aren’t in a position to have those who tell the truth jailed or murdered. They simply babble, make fools of themselves, anything to take the focus off the real criminals.

However, though those who tell the truth may be killed by evil men, destroyed by the wealthy and powerful, the truth, at least today, isn’t illegal and censorship can’t be imposed without a whimper, without a whisper, unnoticed, unseen, the truth, the right to free speech hardly missed.

Know your enemy.  Recognize him or her for their weapons. Know we are fighting a war of deception and many who claim to be a voice of freedom and justice are very much the opposite.

When information is twisted and withheld, by a hooting bigot or a Mossad thug in corporate attire, it is for one reason and one reason only, the spread of evil. We resist.