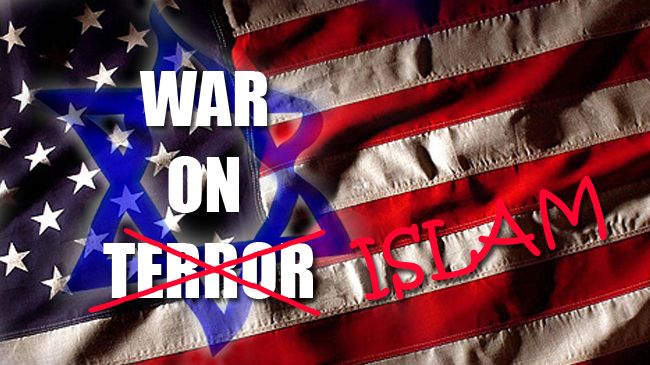 It is quite something else to know, with all that is absolute, that a malevolent government in Washington, controlled by gangsters, criminals, mass murders, hears your thoughts, tracks your movements, knows what you buy, where you drive or walk, what you eat, believes it understands what you feel, does all of these things, not out of love but out of fear and malice.”
Today, President Obama appointed Salam Al-Marayati, president of the Muslim Public Affairs Council, as his representative on the United Nations Human Rights Council.
Almost immediately, the Israeli/American media, including many violent and extremist publications, went on the attack.  Below are the words of Salam Al-Marayti from December 2011, as he describes the attack American Muslims have been under, an attack of ever increasing intensity in the last 10 months:

Yes, religious freedom for the Muslim American is under threat. Fear-mongering toward America’s Muslims and their faith is very clear. The Center for American Progress issued a report this year concluding that anti-Islam groups are financed by a $43 million industry. This garrison of Muslim-haters views Islam as either a theological or political threat in the United States and their work is reminiscent of the pre-Nazi propaganda produced by Wilhelm Marr that regarded Judaism as a threat to Germany.

Today’s anti-Muslim rhetoric is eerily similar to the pre-Nazi rhetoric against Jews.

Recently, a reality TV show called “All-American Muslim” was aired on TLC, and it became a controversy because it did not include a terrorist. Advertisers are being pressured to pull their support because the show was “offensive.” In other words, Islam cannot be defined by the mainstream in America. It must be defined through the lens of extremism. Popular books about Islam in bookstores are “The Trouble With Islam Today” and “Why I Am Not a Muslim.” Law enforcement officials are being trained by anti-Muslim bigots so that profiling of Muslims is the norm. Hate against Muslim children in elementary and secondary schools is on the rise.

There is an inquisition mentality toward America’s Muslims. Muslims have to prove their patriotism to the United States, a very unpatriotic approach. Republican debates have included questions about candidates’ views toward Islam, and many of them indicated they would not consider a Muslim for any appointment. Only Mitt Romney stated that Muslims are God-loving and America-loving people, perhaps because his Mormon background gave him a clear understanding of religious persecution.

I love my faith and I love my country. The fact that some readers still question which country I am referring to indicates a serious level of distrust toward Muslim Americans.

As America and Israel get closer to elections, rhetoric is more and more insane.  In the US, we have Pam Geller of Fox News or John Bolton, former ambassador to the UN, nominated as one of the greatest embarrassments to the American people, a buffoon, coward and fool. We have dozens of pundits, extremists and hate mongers, all “on message” it seems, spreading fear, disinformation and hate.  There is a basic message, one common to most forms of religious extremism and the ravings of primitive societies hoping to stir up violence, genocide and even world war.
This week, the product, being sold to the people of America, Canada and Western Europe is that all Muslims are savages.
This is the tale orchestrated by the Israeli lobby that runs each of these nations, and one leader stands against this, Barack Obama.
We hope Vladimir Putin shares his views, Russia’s warnings against interference in Syria as the US has begun covertly moving troops into Jordan, is an indication of that also.
Geller is, by far, the most insane.  The Reverend Ted Pike, an outspoken critic of Israeli interference in US politics sent out a quote from Geller’s online blog:

“And I pray dearly that in the ungodly event that Tehran or its jihadi proxies (Hezbollah, Hamas, etc.) target Israel with a nuke, that she retaliate with everything she has at Tehran, Mecca, Medina……not to mention Europe. They exterminated all their Jews, but that wasn’t enough. These monsters then went on to import the next generation of Jew-killers.”

Israel calls this the “Samson Option,” their nuclear blackmail with, as Israeli military history Martin Van Cleveld indicates; the first target will be Rome, the destruction of the Vatican and the killing of the pope. For those who follow such things, it wouldn’t be the first Israeli murder of a pope or the second or the third and the Vatican has been informed that German born Pope Benedict has been targeted for assassination.
One wonders whether the murder of a Pope is a symbolic expression of the power of Zionism or a reminder that the Bolshevik traditions of Lev Bronstein, a man known to many as Trotsky, are alive and well, and the dreams of world conquest through that criminal empire may well exist in Israel’s maniacal dreams of world conquest.
The playing field for selling the concept of Islam as a savage religion and all Muslims as murderous sub-humans comes, not surprisingly, from messages aimed specifically at the savage and sub-human among the West.
It isn’t hard to bring to mind the racial stereotypes of slavery or the remnants of ancient feudalism and the dark ages, time that, to a significant extent, were never touched by Europe’s renaissance.
One theory historians have long adhered to is that the First World War, in particular, the first year of peace, 1919, signaled the end of Western civilization.
Britain and France had lost a generation of their best and brightest, Germany would rise again, only to be crushed, not so much by the armies of the “Allies” but by 2400 war crimes judges, all Jewish, descending on Germany like a plague, leaving that nation broken and shattered while the Soviet Union deported 8.5 million civilians to die in Siberia and America starved over 1 million German prisoners of war, the conspiracy between Eisenhower and Morgenthau that history books know nothing of.
The problem, the lack of understanding, of continuity, the ability to accept cultures and beliefs is part of the historical hypocrisy that led to a world dominated by a single super-power, a massive military, a suppressed and indoctrinated population and an economy long bankrupt, shattered beyond any hope of repair.
It wasn’t the Ottomans that destroyed Christianity, the armies approaching the gates of Vienna or the Battle of Tours (732CE) and Charles Martel, fighting off the Muslim hoards.
Christianity brought its own death, born of the machinations of Constantine, a religion of negotiation, borrowing the virgin birth and divinity of Jesus from the Greco/Roman tradition, 2000 years of religious wars, massacres like St. Bart’s in Paris, 60,000 dead in one day, the 30 years’ war, tens of thousands of witches killed, the corrupt Albingensian Crusade , 40 years spent slaughtering the remains of Europe’s true Christian enclaves at the hands of a French monarch/thug in Amboise and his illiterate “anti-Pope” in Avignon.
What we see today, why the West stoops to attack the ancient civilizations with charges of savagery and barbarism while suffering increasing soullessness and decay at home is simple to understand.
It was the hand of Christianity that subjugated the America’s.  Little is left of a population of tens of millions that live there for centuries, many in advanced civilizations, science and mathematics we are only now coming to understand, all destroyed in the name of religion, of civilization.
What followed was a genocide and subjugation of 80% of the earth by 5% of the people, the wealthy classes of Europe and eventually America, infiltrated and driven from behind by the invisible banking consortiums never spoken of, the houses of Bauer and Rothschild, world conquest for sugar and rum, for opium and slaves, for rubber and eventually oil.
This is the history taught in a few terse sentences while we quickly move on to the glories of our machines and advances in civilization that all seem to have been in rapid reverse now for four decades, perhaps to have entirely disappeared quite soon.
This is the nature of the Samson Option, the empty threats and manipulation of a third rate “rag picker” kleptocracy run by a failed furniture salesman with delusions of grandeur.
Please excuse my blunt but ever so intended description of what we have allowed ourselves to take so seriously.
Fear and hate is an “easy sell” in the world, taking advantage of the emptiness of 2000 years of religious war in the West, cultures built on football and “smartphones” with “apps” or social networks where faceless anonymity, keyboards in the dark, replace the normality of community life.
We wonder why we are so empty, so many devoid of meaningful work, ruled by the twisted and morally despicable, the values of leadership, of courage and individual endeavor replaced by opinion polls, bumper stickers and “sound bites.”
And Islam is a save religion, all Muslims are “throat cutting” animals.
America has 8000 armed drones and has plans to build 30,000, enough to not only blanket the world but blanket the United States in particular.
It is one thing believing that an all-powerful but all forgiving and all loving being hears your thoughts, sees your action, judges what you do.
It is quite something else to know, with all that is absolute, that a malevolent government in Washington, controlled by gangsters, criminals, mass murders, hears your thoughts, tracks your movements, knows what you buy, where you drive or walk, what you eat, believes it understands what you feel, does all of these things, not out of love but out of fear and malice.
None of this is tomorrow, it is here today, it is here now and it represents a level of violence beyond savagery, a murder of the soul of the world.
Different religions and cultures have their ideas of hell.  I certainly have mine and I am watching it come, I am seeing it surround me.
I am being told it is the threat of Islam.
I can only laugh as a man wounded and facing death can.