– A Marine Who Knew Too Much (Veterans Today) 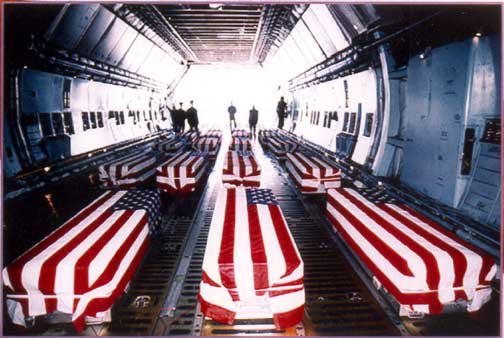 KABUL, Afghanistan (AP) — U.S. military deaths in the Afghan war have reached 2,000, a cold reminder of the human cost of an 11-year-old conflict that garners little public interest at home as the United States prepares to withdraw most of its combat forces by the end of 2014.

The toll has climbed steadily in recent months with a spate of attacks by Afghan army and police against American and NATO troops, and questions about whether allied countries will achieve their aim of helping the Afghan government and its forces stand on their own after most foreign troops depart in little more than two years.

A U.S. official confirmed the latest death Sunday, saying that an international service member killed in an apparent insider attack by Afghan forces in the east of the country late Saturday was American. The official spoke on condition of anonymity because the nationality of those killed had not been formally released.

A civilian contractor with NATO and at least two Afghan soldiers also died in the attack, according to a coalition statement and Afghan provincial officials. The nationality of the civilian was not disclosed.

At least 1,190 more coalition troops have also died in the Afghanistan war, according to iCasualties.org, an independent organization.

According to the Afghanistan index kept by the Brookings Institution, 40.2 percent of the deaths were caused by improvised explosive devices, with the majority of those after 2009 when President Barack Obama ordered a surge of 33,000 troops to combat heightened Taliban activity. According to the Washington-based research center, the second highest cause, 30.6 percent, was hostile fire

Tracking civilian deaths is much more difficult. According to the U.N., 13,431 civilians were killed in the Afghan conflict between 2007, when the U.N. began keeping statistics, and the end of August. Going back to the U.S.-led invasion in 2001, most estimates put the number of Afghan deaths in the war at more than 20,000.

The number of American dead reflects an Associated Press count of those members of the armed services killed inside Afghanistan since the U.S.-led invasion on Oct. 7, 2001. Some other news organizations use a count that also includes those killed outside Afghanistan as part of Operation Enduring Freedom, the global anti-terror campaign led by then-President George W. Bush.

The 2001 invasion targeted al-Qaida and its Taliban allies after the Sept. 11 attacks, which claimed nearly 3,000 lives in the United States.

Victory in Afghanistan seemed to come quickly. Kabul fell within weeks, and the hardline Taliban regime was toppled with few U.S. casualties.

But the Bush administration’s shift toward war with Iraq left the Western powers without enough resources on the ground, so by 2006 the Taliban had regrouped into a serious military threat.

Obama deployed more troops to Afghanistan, where casualties increased sharply in the last several years. But the American public grew weary of having its military in a perpetual state of conflict, especially after the withdrawal of American troops from Iraq at the end of last year. That war, which began with a U.S.-led invasion in 2003 to oust Saddam Hussein, cost the lives of nearly 4,500 U.S. troops, more than twice as many as have died in Afghanistan so far.

“The tally is modest by the standards of war historically, but every fatality is a tragedy and 11 years is too long,” said Michael O’Hanlon, a fellow at the Brookings. “All that is internalized, however, in an American public that has been watching this campaign for a long time. More newsworthy right now are the insider attacks and the sense of hopelessness they convey to many. ”

Attacks by Afghan soldiers or police — or insurgents disguised in their uniforms — have killed 52 American and other NATO troops so far this year.

The so-called insider attacks are considered one of the most serious threats to the U.S. exit strategy from the country. In its latest incarnation, that strategy has focused on training Afghan forces to take over security nationwide — allowing most foreign troops to go home by the end of 2014.

Although Obama has pledged that most U.S. combat troops will leave by the end of 2014, American, NATO and allied troops are still dying in Afghanistan at a rate of one a day.

Even with 33,000 American troops back home, the U.S.-led coalition will still have 108,000 troops — including 68,000 from the U.S. — fighting in Afghanistan at the end of this year. Many of those will be training the Afghan National Security Forces that are to replace them.

“There is a challenge for the administration,” O’Hanlon said, “to remind people in the face of such bad news why this campaign requires more perseverance.”