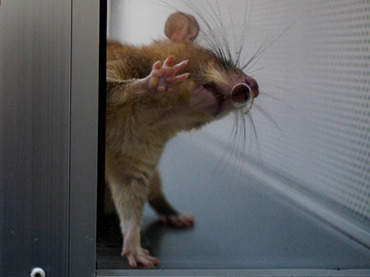 After a French study suggested that rats fed on Monsanto GMO corn suffered tumors, Russian researches plan their own, this time public, experiment. The unique reality show with rats is expected to prove or deny GMO’s health-threatening influence.

­The Russian scientists, who oppose genetically modified organisms (GMO) in food, expect that their year-long experiment will show whether the controversial cultivation process has effects as dangerous as French revelations claimed on September 19.

Scientists from France’s University of Caen made public the results of their classified study, publishing the images of rats with tumors after they were fed a diet of genetically modified (GM) maize produced by American chemical giant Monsanto.

The revelation stirred fear across Europe and in Russia, where authorities temporarily suspended the import and sale of Monsanto’s genetically modified corn.

Russian researches from the National Association for Genetic Safety (NAGS) believe such experiments should be conducted publicly, so that people can see the process with their own eyes, and thus trust, or not, the study.

So they came up with the idea of public experiment. Web cameras, installed in cages with rats, will broadcast all stages of the experiment online. The unique reality show will be available on the Internet 24/7 worldwide.

“This is a unique experiment,” project author Elena Sharoykina told RT. “There hasn’t been anything like it before – open, public research by opponents and supporters of GMO.”

The idea behind the test is to feed several groups of rats with different food. One group will be fed with soybeans and corn with a high content of GMOs, while the other gets the same products, but with low GMO levels. The third will be given food with no GMO whatsoever, and the fourth with standard rat food.

For the sake of the purity of the experiment, employees who feed the rats will not know what kind of food they are giving.

Scientists expect to observe five generations of rats, if the rodents survive.

“It is hard to predict how animals will react,” Sharoykina said.

Such an experiment was initially planned to be held in 2006, but back then researchers failed to find financial support. So, they initiated another study, using hamsters. The scientists oversaw a few generations of the rodents and concluded that by the third generation, some of the animals became infertile.

To make the experiment objective, the group of scientists will also include supporters of GMOs and foreign experts.

The research is to be launched in March 2013, because the scientists still have to work out their methods, form a team and find funding.

The current project may cost up to $1 million. Scientists hope to find commercial sponsors, get grants from the government, or even raise some funds through public financing, for example, through the Internet.

Sharoykina says that if the experiment does prove the destructive influence on animals, it should be the pretext to banning GMOs in Russia.

“But we will have a chance to understand in what direction we should move,” she said. “If this research proves negative influence, and supporters of GMOs accept it, the next step should be a moratorium on products with GMOs in Russia.”

– Cattle Now Being Fed Cookies and Candies Instead of Real Food