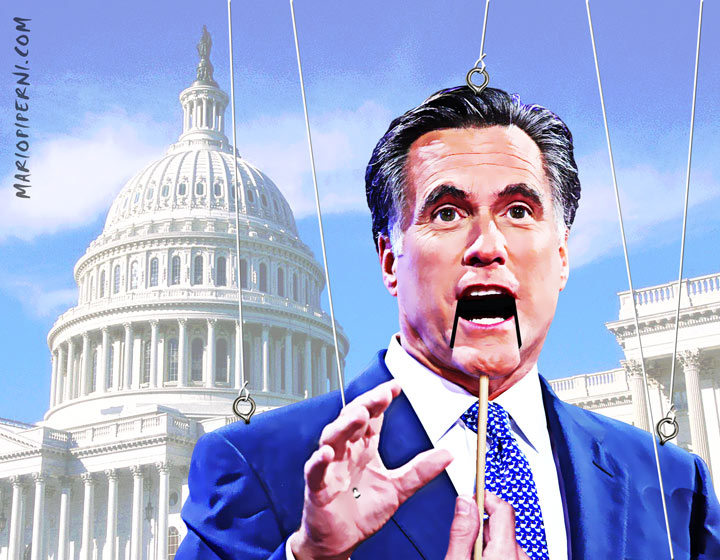 Several months ago, when some still questioned the destiny of Mitt Romney as the Republican Presidential Nominee, the Romney campaigned demonstrated its own lack of doubt on the issue by announcing a stable of foreign policy advisers and various working groups specific to issues and regions. The list of Romney’s foreign policy team consisted of 22 advisers as well as 13 working groups.

The list was initially published at least as far back as October 6, 2011 in the Washington Post article by Philip Rucker entitled, “Mitt Romney taps foreign policy, national security advisers.”

Considering Romney’s attendance at the 2012 Bilderberg meeting and the apparent tendency of the elite in leaning to Romney as the next president, it is imperative that those who are aware of the forces truly guiding the United States and the rest of the world be prepared to shift gears, even if it is only temporary, and begin to expose Mitt Romney as the criminal globalist that he is.

Still, we must guard against being played like a tennis ball and rushing back into the arms of “Bush on steroids” Barack Obama. Unless we become significantly more streetwise than the general public has been in the past, the condition of the world will only continue to degenerate with every election, regardless of the results.

With this in mind, the following list is a compilation of Mitt Romney’s foreign policy advisers and links to many of their affiliations. This list is by no means comprehensive. However, one should pay careful attention to the preponderance of individuals associated with the George W. Bush administration, Project For A New American Century,[1] and the Council on Foreign Relations.

Also, bear in mind that some links will direct the reader to a homepage or online database that will require some further searching.
If any connections have been left out, feel free to post a comment with the relevant additions.

Cofer Black; torture architect; Blackwater; Central Intelligence Agency; Department of State Coordinator for Counter-terrorism; Total Intelligence Solutions; CIA case officer in Zambia during the Rhodesian Bush War and Somalia during the Ethiopian/Somalian conflict; CIA officer in South Africa during the conflict between South African government and “anti-apartheid militias;” CIA officer in Zaire where he helped armed “anti-communist guerrillas” in Angola; CIA Station Chief in Sudan in 1993, the same time Osama bin Laden was allegedly located there; CIA agent in Afghanistan in 1998, at the same time Osama bin Laden was allegedly there; CIA Task Force Chief in the Near East and South Asia Division; Deputy Chief of the CIA Latin America Division; Director of the Counter Terrorism Center (position held on 9/11); well-known for having withheld important information regarding the alleged 9/11 hijackers; Department of State’s Ambassador At Large;

Robert Joseph; U.S. Chief Negotiator to Libya in 2003 (regarding nuclear weapons), National Institute for Public Policy (NeoCon Think Tank), Center For Security Policy (Pro-Israel Think Tank); Rumored to have been responsible for the Iraq-WMD-Niger claims circulated by the Bush Administration.