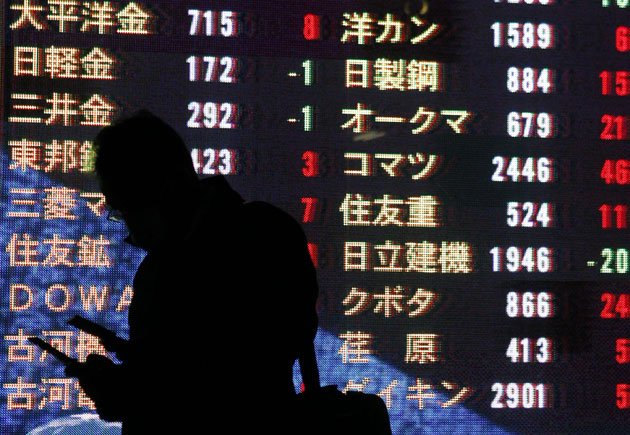 Standard & Poor’s on Thursday cut Japan’s credit rating for the first time since 2002, accusing the government of lacking a “coherent strategy” to ease the highest debt of any industrialised nation.

The US credit risk appraiser cut its rating on Japan’s long-term sovereign debt to “AA minus” from “AA”, saying that it expected the country’s groaning fiscal deficits to stay high in coming years.

It was the first downgrade of a G7 member since Italy in October 2006, and underlined mounting problems with national debts since the 2008 financial crisis. Four eurozone members including Spain suffered downgrades last year.

“The downgrade reflects our appraisal that Japan’s government debt ratios — already among the highest for rated sovereigns — will continue to rise further than we envisaged before the global economic recession hit the country and will peak only in the mid-2020s,” S&P said.

“The Democratic Party of Japan (DPJ)-led government lacks a coherent strategy to address these negative aspects of the country’s debt dynamics,” it said.

The Japanese currency tumbled following the announcement, with the dollar gaining by a more than a yen to 83.20 yen from around 82.12 in earlier trade, before recovering to around 82.76 to the dollar.

The new rating, on a par with China’s, is the fourth highest in terms of quality on a scale of 22, and the downgrade could drive up Japan’s borrowing costs on international markets. However, most of Japan’s debt is held domestically.

Finance Minister Yoshihiko Noda said the government would strive for fiscal discipline to win the confidence of markets.

“For the sake of winning market trust, it is important to send a message on suitable occasions that we will firmly keep fiscal discipline,” Noda told reporters.

Analysts were more bleak. The downgrade “supports our fear that 2011 could be the year when Japan?s dire fiscal position finally impacts markets both at home and internationally”, Capital Economics said in a research note.

Japan has the industrialised world’s highest debt, at around 200 percent of GDP, after years of pump-priming measures by governments trying in vain to arrest the economy’s long decline.

Prime Minister Naoto Kan has set a target of achieving a surplus in the government budget by fiscal 2020 amid calls for revenues to be boosted by tripling or even quadrupling the five-percent consumption tax.

However, S&P said: “We do not forecast the government achieving a primary balance before 2020 unless a significant fiscal consolidation programme is implemented beforehand.”

The agency said it expected general government fiscal deficits to fall only modestly from an estimated 9.1 percent of GDP in the year ending March 31, 2011 to 8.0 percent in fiscal 2013.

Kan’s government is working towards drafting a basic proposal by the end of June on overhauling the nation’s tax and social security systems, but S&P said there was a “low chance” this would lead to improvement.

Analysts said Thursday’s downgrade reflects a lack of confidence in a government whose ability to pass key legislation is hamstrung by its lack of a majority in parliament’s upper house.

“Its fiscal management policy is not trusted,” said Hiroshi Watanabe, economist at Daiwa Institute of Research. “The DPJ is arguing for fiscal discipline but many of its big, ambitious policies have not been implemented.”

The government has been able to fund its growing fiscal gap by raising money in the domestic market, with around 95 percent of the country’s huge debt held domestically via banks and pension schemes.

Japan’s ability to finance its debt is therefore seen as sustainable for now, but analysts warn that this will change as the population ages and dips into savings to spend in retirement.