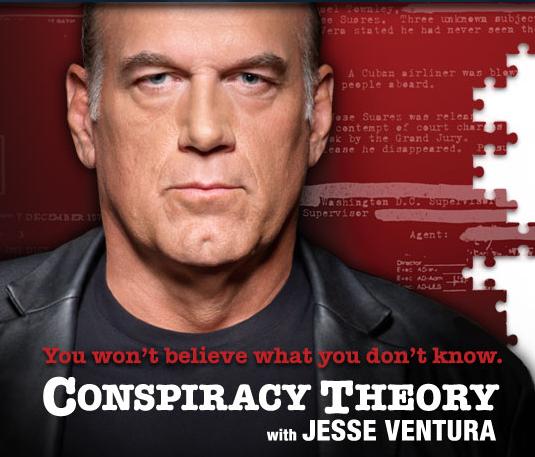 In a complaint filed Monday morning in the U.S. District Court for Minnesota, Ventura is suing the U.S. Department of Homeland Security (DHS) and its secretary, Janet Napolitano, as well as the Transportation Security Administration (TSA), and its administrator, John Pistole.

Ventura accuses the agencies of violating his “basic rights to privacy and dignity, and his right to be free from unreasonable searches and seizures,” after he received a pat-down by a TSA agent at the Minneapolis-St. Paul International Airport in November 2010.

Ventura, who said he has a titanium implant after hip replacement surgery in 2008, alleges the pat-down included “warrantless, non-suspicion-based offensive touching, gripping and rubbing of the genital and other sensitive areas of his body,” which, the lawsuit contends, met “the definition for an unlawful sexual assault.”

Ventura’s Minneapolis-based attorney, David Olsen, told 5 EYEWITNESS NEWS this afternoon, “The security procedures are going too far. There’s a line somewhere and he believes that line has been crossed.”

Olsen said Ventura no longer flies on commercial aviation because he is unwilling to submit to either a pat-down or a full-body scan, putting his job as host of cable television’s Conspiracy Theory show, in jeopardy.

“He’s made a decision that someone needs to make a stand and he’s not one to back down from a fight,” said Olsen. “He sees the erosion of civil liberties here and he’s willing to stand up not only for himself, but for others.”

MINNEAPOLIS – Former Minnesota Gov. Jesse Ventura sued the Department of Homeland Security and the Transportation Security Administration on Monday, alleging full-body scans and pat-downs at airport checkpoints violate his right to be free from unreasonable searches and seizures.

Ventura is asking a federal judge in Minnesota to issue an injunction ordering officials to stop subjecting him to “warrantless and suspicionless” scans and body searches.

The lawsuit, which also names Homeland Security Secretary Janet Napolitano and TSA Administrator John Pistole as defendants, argues the searches are “unwarranted and unreasonable intrusions on Governor Ventura’s personal privacy and dignity . and are a justifiable cause for him to be concerned for his personal health and well-being.”

According to the lawsuit, Ventura received a hip replacement in 2008, and since then, his titanium implant has set off metal detectors at airport security checkpoints. The lawsuit said that prior to last November officials had used a non-invasive hand-held wand to scan his body as a secondary security measure.

But when Ventura set off the metal detector in November, he was instead subjected to a body pat-down and was not given the option of a scan with a hand-held wand or an exemption for being a frequent traveler, the lawsuit said.

The lawsuit said the pat-down “exposed him to humiliation and degradation through unwanted touching, gripping and rubbing of the intimate areas of his body.”

It claims that under TSA’s policy, Ventura will be required to either go through a full-body scanner or submit to a pat-down every time he travels because he will always set off the metal detector.

Ventura, who was Minnesota governor from 1999 through 2002 and is now the host of the television program “Conspiracy Theory,” did not immediately return a phone message seeking comment.

Napolitano said in December that the new technology and the pat-downs were “objectively safer for our traveling public.”

The TSA’s website says there are nearly 500 full-body scanners in use at 78 airports. The scanners show a traveler’s physical contours on a computer screen that’s viewed in a private room. Faces aren’t shown, and the person’s identity is supposedly not known to the screener reviewing the images.

Not all travelers are selected to go through the scanners, but the TSA requires people who decline to submit to pat-downs that include checks of the inside of their thighs and buttocks.