Every email, phone call and website visit is to be recorded and stored after the Coalition Government revived controversial Big Brother snooping plans. 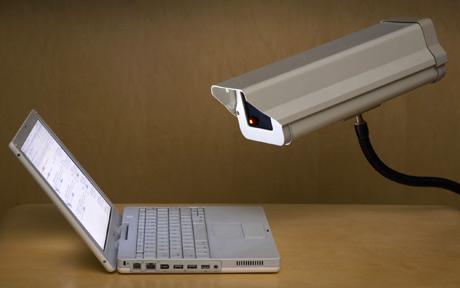 The plans are expected to involve service providers storing all users details for a set period of time Photo: GETTY IMAGES

It will allow security services and the police to spy on the activities of every Briton who uses a phone or the internet.

Moves to make every communications provider store details for at least a year will be unveiled later this year sparking fresh fears over a return of the surveillance state.

The plans were shelved by the Labour Government last December but the Home Office is now ready to revive them.

It comes despite the Coalition Agreement promised to “end the storage of internet and email records without good reason”.

Any suggestion of a central “super database” has been ruled out but the plans are expected to involve service providers storing all users details for a set period of time.

That will allow the security and police authorities to track every phone call, email, text message and website visit made by the public if they argue it is needed to tackle crime or terrorism.

The information will include who is contacting whom, when and where and which websites are visited, but not the content of the conversations or messages.

The move was buried in the Government’s Strategic Defence and Security Review, which revealed: “We will introduce a programme to preserve the ability of the security, intelligence and law enforcement agencies to obtain communication data and to intercept communications within the appropriate legal framework.

“This programme is required to keep up with changing technology and to maintain capabilities that are vital to the work these agencies do to protect the public.

“Communications data provides evidence in court to secure convictions of those engaged in activities that cause serious harm. It has played a role in every major Security Service counter­terrorism operation and in 95 per cent of all serious organised crime investigations.

“We will legislate to put in place the necessary regulations and safeguards to ensure that our response to this technology challenge is compatible with the Government’s approach to information storage and civil liberties.”

But Isabella Sankey, director of policy at Liberty, said: “One of the early and welcome promises of the new Government was to ‘end the blanket storage of internet and email records’.

“Any move to amass more of our sensitive data and increase powers for processing would amount to a significant U-turn. The terrifying ambitions of a group of senior Whitehall technocrats must not trump the personal privacy of law abiding Britons.”

Guy Herbert, general secretary of the No2ID campaign group, said: “We should not be surprised that the interests of bureaucratic empires outrank liberty.

“It is disappointing that the new ministers seem to be continuing their predecessors’ tradition of credulousness.”