“A common treatment for thyroid cancer involves having patients drink a radioactive liquid after which the patients are released from the hospital while the radioactivity burns out their thyroid gland.

What’s wrong with this? The patients are highly radioactive for weeks, and they end up contaminating hotel rooms, public transportation vehicles, hospital rooms and other places with dangerous radioactive “fallout.”

Believe it or not, modern medicine releases 40,000 “dirty bomb” radioactive patients onto the streets every year!” 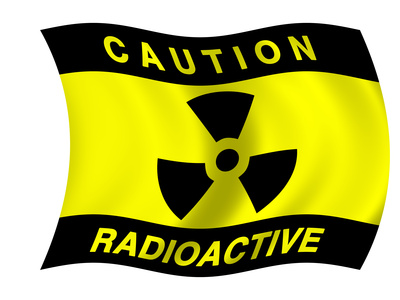 (NaturalNews) My, you look glowing today! Cancer patients who receive radiation of their thyroid glands by being given radioactive iodine are highly radioactive for up to a week following their release from the hospital — and they end up irradiating not just hospital rooms but also other patients, friends and family members. Radiation levels are so high in these people that they have set off radiation alarms designed to detect terrorist threats, says a congressional report.

Pregnant women, elderly patients and cancer patients of all ages are right now being exposed to harmful levels of ionizing radiation from these “walking dirty bombs” known as thyroid cancer patients. A part of their “cancer treatment,” they are instructed by doctors to drink a radioactive liquid containing iodine-131 (a radioisotope of iodine) which travels to their thyroid gland and burns it out with radiation. Believe it or not, this is called “scientific medicine.” Really.

It might as well just be called a Weapon of Mass Destruction given how it indiscriminately harms anyone who happens to be standing nearby. Iodine-131, by the way, is why the Chernobyl nuclear power plant disaster in the former Soviet Union was so deadly: it’s a product of uranium fission and is extremely potent at causing cell mutation and death (http://en.wikipedia.org/wiki/Iodine-131). It has a half-life of 8 days, meaning that the amount of radiation it gives off drops by half every 8 days.

Actual terrorists, by the way, have no doubt figured out that if they want to sneak a dirty bomb into any U.S. city, all they need is a note from their doctor saying they’ve undergone radioactive thyroid treatment. Oh, that’s why there’s so much radiation coming from you! You’re from the cancer clinic!

But if radioactive cancer patients — also known as “medical dirty bomb carriers” — are so dangerous to the people around them, why are doctors sending them out into the world immediately following their radioactive treatments? It all has to do with the loosey-goosey rules of the Nuclear Regulatory Commission, which says it’s fine for highly radioactive patients to be released from the hospital. So now, about 40,000 walking “dirty bomb” patients are released onto the streets each year. And the damage they can cause around them will astound you:

According to the congressional report put together by Congressman Ed Markey (Massachusetts), one radioactive patient boarded a bus in New York, setting off radiation detectors in the Lincoln Tunnel. State police halted the bus to look for terrorists but only found a thyroid cancer patient, who apparently ignored advice to avoid public transportation. (Should it be a crime to irradiate other passengers on a public bus? If terrorists did it, they’d be rotting away in a secret offshore prison somewhere… so why are doctors allowed to cause this?)

This report also found that about 7 percent of radioactive patients go directly to hotels after being treated. There, they irradiate bed linens and towels which get washed together with other linens and towels, turning the entire hotel into a radioactive dirty bomb. How do investigators know this? Because in one instance, nuclear plant workers just happened to be staying at just such a hotel, and they absorbed enough radiation to actually set off radiation alarms as they reported to work the next day!

Yet another way the cancer industry threatens the health of Americans

The upshot of all this is that making cancer patients drink radioactive liquids is truly a questionable way to “treat” anybody. It’s not only disastrously bad for the patient; it also harms the public by exposing countless others to ionizing radiation. This exposure, of course, promotes more cancer and therefore more repeat business for cancer clinics. So the more people the cancer industry treats with radiation and unleashes onto the streets, the more new business they’ll have walking through their doors.

It’s sort of the cancer industry’s version of viral marketing. Except it doesn’t involve a virus. Instead, it uses radioactive nuclear materials.

What’s really interesting here is that the cancer industry has accomplished what terrorists could not — unleashing dirty bomb radiation into major U.S. cities and irradiating the public. And it’s all being done in the name of “medicine,” of course. Just like mass fluoridation, chemotherapy, mammography, seasonal flu vaccination and all the other toxic, poisonous procedures being forced upon the American people in the name of “modern medical science.”

But much of modern medical science isn’t modern, nor scientific. It’s actually quite barbaric when you consider how much harm it causes people. Any system of health care that asks patients to drink highly radioactive poison (iodine-131) is, without a doubt, operating from a dangerously diminished understanding of what medicine is supposed to be about.

Don’t take any of this as meaning I lack compassion for those who suffer from thyroid cancer. My heart goes out to anyone battling this condition. In fact, I’d like to help teach them how to prevent and reverse their cancer without using dangerous radiation! Many cases of thyroid cancer can be avoided (or even reversed) with the help of the trace minerals selenium and iodine (from seaweed, not from nuclear materials) and other supportive nutrients such as vitamin D. And it turns out that thyroid cancer is massively over-diagnosed and over-treated, since most people survive so-called “thyroid cancer” on their own with no treatment at all! (http://www.naturalnews.com/028912_t…)

Thyroid cancer patients need nutrition and holistic medicine, not radiation that poses a threat to themselves and others. But they are being tricked into drinking radioactive poison by cancer doctors who tell them they have to burn out their thyroid glands to stay alive. Incredible!

Many cancer docs are too quick to reach a thyroid cancer diagnosis and urge patients to drink radioactive poison. And believe it or not, people actually swallow it! Seriously. Some people will do the most incredible things when a doctor tells them to, it seems. Here, inject yourself with DNA fragments from diseased animals. Here, swallow mind-altering psychotropic drugs for the rest of your life. Here, drink radioactive poison!

Are these people serious? Do they really believe they’re practicing medicine at all?

While the medical industry may be able to fool the people, they can’t bend the laws of physics. And the laws of physics say that high-level ionizing radiation is harmful to human biology. So maybe, just maybe, we shouldn’t be sending dirty bombs out into the streets after they’ve swallowed radioactive iodine isotopes handed to them by cancer clinic quacks.

President Bush spent hundreds of billions of dollars looking for WMDs in Iraq and never could quite find them. No wonder! It turns out they were in the cancer clinics the whole time. The quacks, it seems, now have the WMDs and they’re using them on thyroid cancer patients who would be much better served with natural medicine that heals tissues instead of destroying them.

Sources for this story include:
Associated Press
http://www.google.com/hostednews/ap…

Congressman Ed Markey’s letter to the NRC (and other documents):
http://markey.house.gov/index.php?o…