A $550m settlement to make related fraud charges go away is ‘peanuts’ for Goldman Sachs.

That alone should have been cause for outrage, but nothing happened.

Shocked by past deals with Italy and Greece, governments are excluding the Wall Street bank from sovereign bond sales

Goldman Sachs: The bank standing at the crossroads 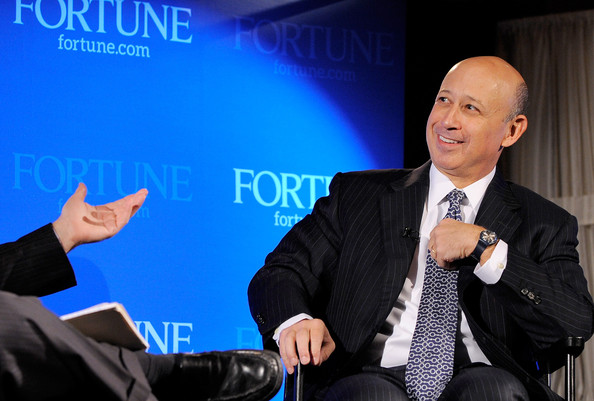 Setting out Goldman Sachs’ latest quarterly results for reporters yesterday, David Viniar, the Wall Street titan’s finance director, was asked if there had been any discussions about a change of management at the top of the bank. His response was: “Not as far as I know.”

It would be extraordinary if that really were the case, since the executive team at Goldman is the No 1 topic of speculation on Wall Street right now. Everyone seems to have a view on the future of Lloyd Blankfein, Mr Viniar’s boss and Goldman’s chief executive since 2006, who has become the face of Wall Street as it takes its beating from the public and politicians angry over the government bailout of the industry. Speculation that he could be ready to resign – after a decent interval, to make the point he has not been forced out – has only intensified since the company’s admission last week that it made “mistakes” in an important mortgage deal at the onset of the credit crisis (plus a $550m settlement to make related fraud charges go away).

The debate over Mr Blankfein’s future is wrapped up in a much larger conversation about how far, and how, Goldman Sachs might react to the lessons of the credit crisis and recast its business in the wake of massive reform to the financial system – and in particular whether it ought to eschew high-octane trading and get back to its investment banking roots.

This is because Mr Blankfein is not just a leader of men. He is a symbol of what Goldman stands for. The appointment of this former gold dealer to succeed Hank Paulson marked the ascendancy of Goldman’s traders – whose revenues and profits had surged past those of the more urbane and investment bankers, who concentrated on more traditional activities such as advising corporations on their mergers and underwriting their fundraisings. Mr Paulson before him had also been something of a symbol, having pushed out his co-chief executive, the trader Jon Corzine, shortly before Goldman’s stock-market flotation in 1999, in a move designed to knock the traders down to size after their losses in the 1998 government debt crises. It was only a temporary setback for the trading division.

Even after slumping 39 per cent in the second quarter of this year, Goldman’s trading and principle investments still brought in more than seven times the net revenues of its investment banking unit. It was trading in fixed-income products, currencies and commodities that was hardest hit, falling to $4.4bn from $7bn in the first quarter and $6.8bn a year earlier. “The market environment became more difficult during the second quarter and, as a result, client activity across our businesses declined,” Mr Blankfein said.

That disappointment, coupled with the costs of the fraud settlement and a $600m (£432m) bill from the British Exchequer, courtesy of the Labour government’s bonus tax, pushed Goldman’s profits for the quarter down below expectations, to $613m, from $3.4bn last year.

The weaker results may not end up hurting Goldman’s employees all that much though: it put aside $3.8bn for salaries, bonuses and benefits, on top of $5.4bn in the first three months of the year, swelling the bonus pool that will be divvied up among the company’s 34,100 staff at Christmas.

The decline in trading activity was not the result of clients going elsewhere, the company insisted yesterday, saying it had seen no signs that clients had deserted because of the allegations contained in the fraud charges. Goldman had simply found itself in a bad market – something backed up by JPMorgan Chase’s lacklustre earnings last week – as well as on the wrong side of clients’ trades in a volatile market. But analysts are concerned that the cumulative effects of financial reform, as enacted in the US this week and under discussion in the hallowed halls of the Bank for International Settlements in Basel, Switzerland, will be to cut dramatically the profitability of the very trading activities that have become so important to Goldman.

While Mr Viniar was refusing to engage publicly in that debate either yesterday, saying it will take years to assess properly the impact of new laws, taxes and regulations from across the world, it is, of course, top of the agenda inside Goldman. The so-called “Volcker rule”, which bans proprietary trading at banks with access to emergency Federal Reserve funds, could also be “a damper on markets” (for which read, a damper on Goldman), the finance chief admitted. But he said it was too early to say how it might be implemented.

Michael Wong, an analyst at Morningstar, fears that, when all the additional capital requirements from Basel and the tougher rules on derivatives trading go into force in the US, Goldman will have to abandon a promise it made to shareholders to target a 20 per cent return on equity.

Previously obscure derivatives, such as credit default swaps, will have to be traded on a public exchange or face expensive extra capital requirements, under the new rules.

“By bringing transparency into these markets, products that were previously high-margin will become commoditised and Goldman will face considerable competitive pressure,” Mr Wong said. “There are only so many obscure and opaque over-the-counter products left, and that will make it likely that trading revenues will be heading down, and I am not sure [Goldman] will adequately be able to replace those revenues. If the company could have ramped up its traditional investment banking, with more merger and acquisitions advice and underwriting equities, it would have done it a long time ago.”

Goldman has so far eschewed taking a dramatically new tack. That stands in contrast to Morgan Stanley, which scaled up its asset management business, catering to wealthy clients, by purchasing Smith Barney from Citigroup. Goldman has also decided against buying a traditional bank in order to acquire stable funding from depositors. For the time being, Mr Blankfein is still chief executive, the company is weathering the almighty storm of public opprobrium, and it is giving off an air of business as usual. A crossroads, however, is looming.