“But this process led to highly misleading statements about the UK assessment of the Iraqi threat that were, in their totality, lies.”

In their totality TREASON:

How many soldiers died for NOTHING, but elite criminal interests and profits?’

Tony Blair’s government ‘intentionally and substantially’ exaggerated the threat from Saddam Hussein ahead of the war in Iraq, a former senior British diplomat has claimed. 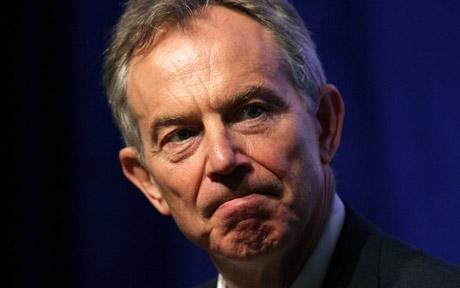 Carne Ross, who was First Secretary responsible for the Middle East at the United Nations, accused the former government of issuing “lies” to the public about the dictator’s capacity to launch weapons of mass destruction.

He said that it was a “disgrace” that ministers failed to exhaust all peaceful options before going to war against Iraq.

“There was no deliberate discussion of available alternatives to military action in advance of the 2003 invasion,” Mr Ross added.

“There is no record of that discussion, no official has referred to it, no minister has talked about it, and that seems to me to be a very egregious absence in this history – that at some point a Government before going to war should stop and ask itself, ‘are there available alternatives?”‘

Giving evidence before the Chilcot inquiry into the Iraq war, Mr Ross said that “nuanced” intelligence about the threat from Iraq was “massaged” into “more robust and terrifying” messages about Saddam’s supposed WMD.

Mr Carne, who served at the UN between 1997 and 2002, claimed that the British and United States governments were fully aware that there was no “substantial threat” from Iraq ahead of the war.

He said: “It remains my view that the internal Government assessment of Iraq’s capabilities was intentionally and substantially exaggerated in public Government documents during 2002 and 2003.

“Throughout my posting in New York, it was the UK and US assessment that while there were many unanswered questions about Iraq’s WMD stocks and capabilities, we did not believe that these amounted to a substantial threat.

“At no point did we have any firm evidence, from intelligence sources or otherwise, of significant weapons holdings.”

Following the September 11 terrorist attacks on the US in 2001, Mr Carne said, the presentation of the intelligence relating to Iraq changed significantly.

The now notorious claim in the “dodgy dossier” of September 2002, which implied that Saddam had the capacity to launch WMD within 45 minutes, had “no basis in firm intelligence”.

“This process of exaggeration was gradual, and proceeded by accretion and editing from document to document, in a way that allowed those participating to convince themselves that they were not engaged in blatant dishonesty,” he said.

“But this process led to highly misleading statements about the UK assessment of the Iraqi threat that were, in their totality, lies.”