California welcomes the Poodle of Lurve 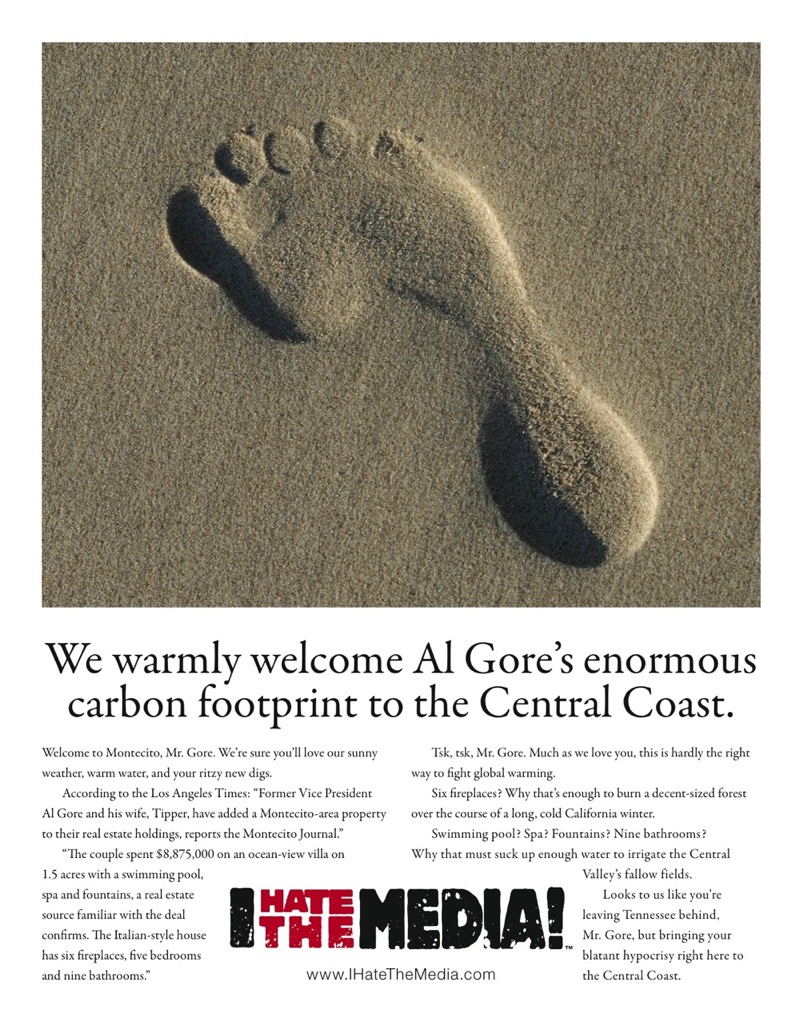 Looking across at the US blogosphere, sometimes, I realise what a horrid, mean-spirited fellow I am. All I seem to want to do is say unpleasant things about green nutcases, libtards and pompous, preening, moustachioed Guardian assistant editors. In the US, on the other hand, they still observe the common courtesies. Look at this charming ad the boys at I Hate The Media took out to welcome their newest celebrity local.

They must have known how things difficult are at the moment for Al, what with those appalling allegations about an attempted drunken sexual assault on a Portland, Oregon massage therapist. (Not that you want to read all the lurid details, but if any of your servants do, you might direct them to this link to the police report). I’m sure their helpful advice will cheer him up no end. (Hat tip: Peter Murphy)