South Korea has deployed sentry robots capable of detecting and killing intruders along the heavily-fortified border with North Korea, officials said on Tuesday. 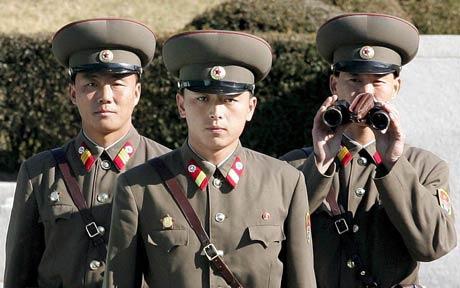 The 400 million won (£220,000) unit was installed last month at a guard post in the central section of the Demilitarised Zone which bisects the peninsula, Yonhap news agency said.

It quoted an unidentified military official as saying the ministry would deploy sentry robots along the world’s last Cold War frontier if the test was successful.

If the command centre operator cannot identify possible intruders through the robot’s audio or video communications system, the operator can order it to fire its gun or 40mm automatic grenade launcher.

It has a largely conscripted military of 655,000 against Pyongyang’s 1.2 million-strong force, but a falling birth rate means Seoul will struggle in the future to maintain troop numbers.