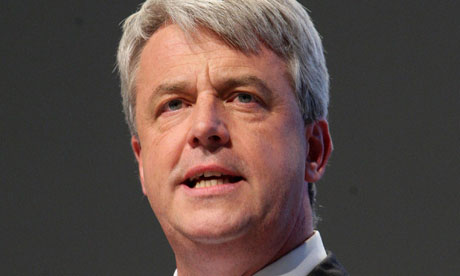 Andrew ­Lansley, the health secretary, will ask Defra and the health department to take over the FSA’s responsibilities.

The Food Standards Agency is to be abolished by Andrew Lansley, the health secretary, it emerged last night, after the watchdog fought a running battle with industry over the introduction of colour-coded “traffic light” warnings for groceries, TV dinners and snacks.

The move has sparked accusations that the government has “caved in to big business”.

As part of the changes Lansley will reassign the FSA’s regulatory aspects – including safety and hygiene – to the Department for Environment, Food and Rural Affairs (Defra).

Its responsibilities for nutrition, diet and public health will be incorporated into the Department of Health.

“The functions of the FSA will be subsumed into the Department of Health and Defra,” a source told Reuters.

Andrew Burnham, Labour’s health spokesman, said: “Getting rid of the FSA is the latest in a number of worrying steps that show Andrew Lansley caving in to the food industry. It does raise the question whether the health secretary wants to protect the public health or promote food companies.”

Tam Fry of the National Obesity Forum, said it was “crazy” to dismember the FSA. “It had a hugely important role in improving the quality of foodstuffs in Britain and it was vital to have at the centre of government a body that championed healthy food. This appears just the old Conservative party being the political wing of business,” Fry said.

Tom MacMillan of the Food Ethics Council, said: “The agency was set up to earn public trust after a succession of food scares. Its wobbles, like the latest row over GM foods, have come when that commitment has wavered. Any departments absorbing the FSA’s role should heed that lesson carefully, doing even more to invite scrutiny and banish the slightest whiff of secrecy, or the new government could face another BSE.”

Patrick Holden, director of the Soil Association, the organic food standard-bearer, which had several run-ins with the first FSA chair Lord Krebs on the issue, said: “Many NGOs campaigning on food thought for a long time the food industry has an unhealthy degree of influence over the Department of Health so the great risk is the corporate vested interests of the food industry will have too strong an influence on future policy.”

In its green paper on health last year, the Conservatives said they would scale back the role and remit of the FSA and place the independent watchdog under ministerial control.

Last night the Department of Health would only confirm the FSA was “under review”.

For the past four years the FSA, which was set up to protect consumers after the BSE crisis, has been at the centre of a regulatory battle that has pitted big food companies against consumer groups and public health professionals, with both sides accusing each other of misinformation campaigns and excessive lobbying.

The FSA has led calls for the Europe-wide introduction of a traffic light system that required food companies to label the front of their products with red, amber or green symbols to denote the amounts of fat, saturated fat, salt and sugar contained per serving.

The agency, which employs 2,000 staff and spends £135m a year, said this was the best way to allow Europe’s increasingly obese shoppers to make informed decisions about the food they bought.

The British Medical Association, British Dietetic Association and British Heart Foundation are among health groups that supported the scheme.

The FSA had also found some support among supermarkets. Although Tesco has resisted the scheme, it has been adopted by some high street rivals including J Sainsbury and Marks & Spencer.

But traffic light labelling was buried by the European parliament last month, when MEPs backed a rival system favoured by multinationals such as Nestlé, Kraft and Danone.

The industry advocated “guideline daily amounts”, a system that listed percentages of recommended daily allowances included in each serving. The food industry spent an estimated £830m on lobbying to stop the traffic lights scheme, which enjoyed a level of popularity with consumers because it was relatively easy to understand. A spokesman for cereal manufacturer Kellogg’s said: “The FSA has done a very good job in terms of food safety and science but there was a feeling that perhaps its role was becoming far too broad. We welcome the prospect of a more consensual partnership which will have many positive benefits.” Lansley said on the BBC that he was not in favour of “lecturing, nannying people or constantly legislating or taxing people”. Responding to calls for a crackdown on junk food from Terence Stephenson, president of the Royal College of Paediatrics and Child Health, Lansley said a cross-government cabinet sub-committee was focused on public health.

Critics noted that the end of the FSA was floated days after the health secretary offered a pact with the food industry.

In a deal outlined last week, Lansley publicly asked big business to fund the government’s advertising campaign to persuade people to switch to a healthier lifestyle – and in return it would not face legislation outlawing excessively fatty, sugary and salty food.

Lansley said that he would be cutting out £1bn of savings in “bureaucracy” and that in the last seven years the costs of red tape in the NHS had doubled. He said he was seeking nearly £190m a year in savings from independent agencies to spend elsewhere in the NHS on top of an £850m crackdown on management costs.

Today in a white paper he will set out a radical agenda for the NHS in the biggest shake-up since its creation in 1948. The minister will set out plans to give foundation hospitals freedoms to borrow, free from Treasury restrictions and have more private sector involvement in health.

Controversially, he will allow GPs to spend billions of pounds of taxpayers’ money on behalf of patients who will be able to rank and choose local hospitals and private providers on their “mortality rates”.

But a thinktank said evidence suggesting GPs will be more effective than health trusts at commissioning NHS services was “weak”. A report by Civitas said the government’s plans would lead to a “one-year dip” in performance in the NHS.

The white paper will promise a greater focus than before on the outcomes of treatment and will require doctors to keep data on their own performance. Lansley said he wanted to match other European countries, claiming that 20,000 lives could be saved every year if cancer and stroke care matched the European best.”We will get rid of the top-down process targets which get in the way improving patient care. Only by focusing on results for patients will survival rates improve to the level that they should be,” he said.

The non-ministerial government department was created in 2000 after a number of high-profile outbreaks and deaths from foodborne illness.

After the collapse in public trust triggered by the BSE crisis, civil servants within the then Ministry of Agriculture Food and Fisheries were perceived as having put the interests of producers ahead of those of consumers.

It was felt that it was inappropriate – and dangerous – to have one government department responsible for both the health of the farming and food processing industries and also food safety.

The consumer group Which? had lobbied for an independent food watchdog and scrutinised its performance over the last 10 years, noting its low points as well as its achievements. The bloated body ran into controversy about the health claims of organic food and even the role of GM foods while criticised for expensive and questionable research and public consultation exercises. It tried to be open to scrutiny with “open board meetings” available for public viewing on the web and even award-winning health advertising campaigns had a short lifespan, with budgets axed.

Ultimately, it was the FSA’s difficult relationship with the powerful food industry which undermined its effectiveness and claims to be independent, after manufacturers successfully lobbied in Europe to put an end to its attempt to secure a universal system of “traffic light labelling” for food and drink products.