“I cannot come up with any explanation for market activity for last 15 months other than treasury intervention. Probability of other explanation is nonexistent.” 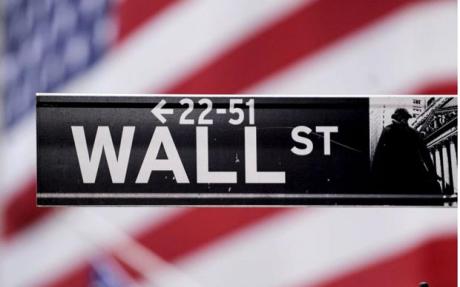 Executed 1st program trade that I am aware of. Manually handled blocks of stock vs options on the XMI for expiration October of 1983.
Oversaw global equity trading, for top 5 firm. Was senior trader and oversaw hedge book during 87 crash. Still have time and sales from that day for all trades on NYSE.

Can read the tape as well as most.

I cannot come up with any explanation for market activity for last 15 months other than treasury intervention. Probability of other explanation is nonexistent.

But if that is the case…and I was Tim, how would I work it…starting in March 09.

2) I would assume that I had TARP money or other unaudited Fed money to work with (ZH has documented past documents that tangentially referenced this possibility) and it would be north of 10B allocated. With leverage thru the loan process…much bigger.

3) I would –as you have suggested – wash the order thru liquidity loans to my 1 or 2 firms; with the understanding that they would buy equities that they would then deposit as collateral for such loans. That way I could almost time my equity support for the market with a notional understanding that I wanted the “ collateral” created and posted in a very short time frame.

4) Not on paper, but at the coffee house, I would discuss how I generally would support a steady underlying bid to keep sell-offs limited. To use quieter times to make the push (as ZH points out…rainy days and Mondays never get them down).

Now I suspect they started with noble intentions. The Minneapolis bridge is out and we need an alternative for just a short period. But it worked so well, that their 10B investment thru leverage and gains became worth a great deal more and now they were working with house money.

Even if they ever got audited; they had a winning trade. And even better, they could make some losing trades and still be ahead of the game. After all, no side pockets needed. No outside investor. No redemption provision at all.

So now we get cute….

We actually take the market up on light volume…especially since we have VIX low and complacency rampant. Now I can even sell some volume at an intraday loss. I am still way ahead of the game…. And I replenish my capital to keep the support up.

It’s a inside Ponzi game and I am using my winnings to keep it going.

But…. Where are the hedge funds? Why do they let me get away with this. Well, I didn’t expect to be able to have this much effect, but I caught them short and then with rates so low that any idiot bank could make money 90 days In A Row, they turned and stayed with the tide.

I do not think this plan leaked, because if it did, they would have run in front of me in such a major way; but the tape stayed steady, steady. But they did appreciate how much help we were for C and friends and they kept their stocks in safe zones.

The only leak was in a soft way to CNBC by telling them we had their back if they had ours. And I don’t think they realize the extent to which we appreciated the “benefits” of our friends.

And we feel morally OK. We did a good thing keeping the markets from collapsing. After all, we are only crafting that temporary bridge, until traffic can resume going 65 mph. And boy is that taking a long time.

But now it is a drug. And we have drug money to keep it going. And we know how the process works. Se we get O to call Angela and say; this drug puts the wind at your back. You have the shorts just where we did – and with that start, you too will soon have a positive trading account that you can lever up. OPM leveraged up.

But now what……you would have thought that Larry Liebowitz would have mapped out the joint circuit breakers given his background. (BTW he is Jon Stewart’s brother)

We ended up selling when we should have been buying and we are now in the negative column (speculation on authors part).

Stay the course. Trichet to the rescue. Only one mistake. Currency markets just a might bit bigger than equity markets. And one can support the equity markets all day long with enough money but if you take the carry support away……

And so I think the hangover effect will set in and Uncle Ben will say to Timmy….that was a terrific and successful experiment. But I don’t have more TARP money to double your equity bet. You can keep your bet on until I get forced to sell some mortgages….but enough of adding. Let Trichet carry some water for awhile

Author again… so that’s how I explain light volume during the day, followed by sharp volume bursts down. Not the algo’s….but rather Timmy. And its like he gives them a dollar amount to raise…and then walks away.

Who knows…it could have even been Timmy who set the Thursday action into motion, but for the first time he did it simultaneously with other large sellers worried about intl markets.

We have met the enemy and he is us.

Submitted by a reader.