In Monsanto v. Geertson Seed Farms, No. 09-475, the U.S. Supreme Court will hear arguments in a case which could have an enormous effect on the future of the American food industry. This is Monsanto’s third appeal of the case, and if they win a favorable ruling from the high court, a deregulated Monsanto may find itself in position to corner the markets of numerous U.S. crops, and to litigate conventional farmers into oblivion.

Here’s where it gets a bit dicier. Two Supreme Court justices have what appear to be direct conflicts of interest.

Stephen Breyer
Charles Breyer, the judge who ruled in the original decision of 2007 which is being appealed, is Stephen Breyer’s brother, who apparently views this as a conflict of interest and has recused himself.

Clarence Thomas
From the years 1976 – 1979, Thomas worked as an attorney for Monsanto. Thomas apparently does not see this as a conflict of interest and has not recused himself. 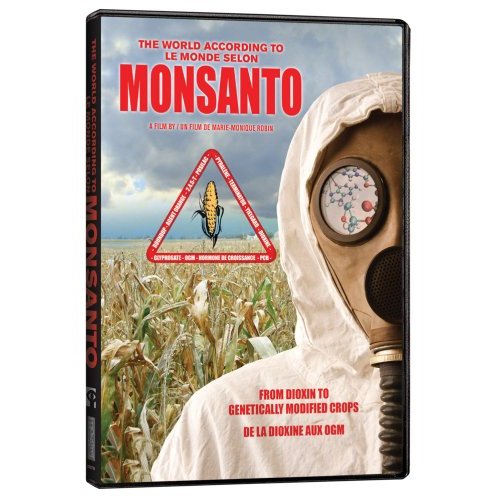 (Watch this video here. More important information at the end of the article.)

California is weighing in on a landmark Supreme Court case with far-reaching implications for agriculture the world over. The Attorney Generals of California, Oregon and Massachusetts have filed amicus briefs along with a coalition of scientists, organic and conventional farmers, food exporters, former government officials and legal scholars in support of the Center for Food Safety, an anti-GMO advocacy group opposing Monsanto.

In Monsanto v. Geertson Seed Farms, the American biotech giant – currently under investigation for anti-trust law violations – is seeking to end an injunction on its patented “Roundup Ready” alfalfa imposed by a federal district court in 2007. Three years and two failed appeals later, Monsanto is taking their case to the the Supreme Court in what will be the first ever High Court ruling on a genetically engineered (GE) crop.

At issue in this case is a lower court’s ban on the planting of the GE alfalfa crop. The USDA approved its use in 2007 without submitting an Environmental Impact Statement (EIS) to asses the ramifications transgenetic plants would have on farmers and surrounding environments. The court determined that by failing to comply with the environmental impact research requirements of the National Environmental Policy Act (NEPA), the USDA was derelict in its administrative duties.

California Attorney General, Edmund Brown Jr., argues in the states’ brief that allowing the planting of GE alfalfa without proper research precludes the informed consent of California citizens for a federal action that could cause “irreparable harm” to California’s environment. The effect on state interests by allowing Monsanto to plant GE open-pollinated crops would be “immense,” according to the joint brief prepared by the three states.

Supporting these claims are farmers’ organizations who insist GMO contamination of their crops would be unavoidable. Food exporters fear devastating consequences for their businesses if the injunction is overturned. Most foreign governments simply won’t, by law, deal in genetically engineered commodities.

Monsanto has made an ominous name for itself in the agricultural world, known for its strong-armed legal tactics against farmers who were unfortunate enough to have wind-borne pollen from patented GE corn (most growers plant GE in the corn belt) cross-pollinate their conventional fields. According to Monsanto, this act of God amounts to copyright infringement.

As a brief aside, Clarence Thomas was a Monsanto attorney from 1976-79 and actually authored the majority decision which upheld the legality of patenting lifeforms. There is much controversy over his decision to not recuse himself for this current case.

Federal organic standards already mandate that all products labeled as organic cannot contain any GE ingredients. This is foreboding news for the organic milk industry which relies heavily on alfalfa as an integral source of forage for their cows. What worries organic farmers is the ease with which transgenetic materials from GE contaminated alfalfa – the first perennial crop to be genetically engineered – can find themselves inserted into Organic or even conventional varieties because of its open-pollinated nature.

Bees can cross-pollinate alfalfa stands several miles distant. It is further argued that wild alfalfa stands could pick up the foreign DNA and provide a prolific and continuous source of transgene contamination for all organic farmers.

There is documented evidence that such a scenario of widespread GMO contamination is not only possible, it’s extant, pervasive, and poses a global ecological threat. Ever since Monsanto’s introduction of Bt corn to the American market thirteen years ago, herbicide resistant genetic material from these GE plants has been found in heirloom varieties of maize in southern Mexico. And this is in spite of the Mexican government’s ban on growing GMO corn.

The USDA’s forthcoming final draft EIS would be the first review of facts on GE organisms ever proffered by a government agency. It’s no secret that Monsanto is willing to accommodate high level FDA officials with well-paying positions at their firm. The “leadership exchange program” between the corporate giant and the government agency has worked both ways. Perhaps such cronyism has prevented regulatory agencies from studying the potential negatives of GMOs.

However, independent studies do give credence to the anti-GMO case of potential “irreparable harm” to human health and the environment. These reports show GM crops have not increased yields (their much hyped purpose), have actually dramatically increased pesticide use in the country, and have adverse physiological effects on lab animals such as organ tissue damage.

“This is truly a ‘David versus Goliath’ struggle, between public interest non-profits and a corporation bent on nothing less than domination of our food system,” said Andrew Kimbrell, executive director of the Center for Food Safety. He went on to say:

That Monsanto has pushed this case all the way to the Supreme Court, even though USDA’s court-ordered analysis is now  complete, and the U.S. government actively opposed further litigation in this matter, underscores the great lengths that Monsanto will go to further its mission of patent control of our food system and selling more pesticides.

To read my article on the failure of the FDA to address the substantial health and environmental concerns posed by members of the scientific community regarding GMOs, click here.