India’s opposition has warned that democracy is in danger following allegations that senior politicians’ telephones had been tapped by the government’s intelligence agencies. 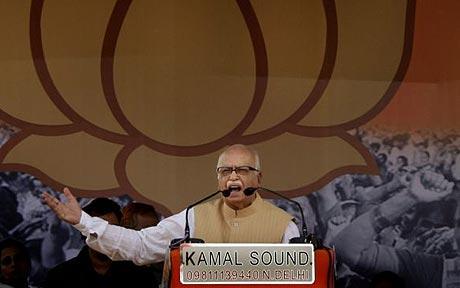 The agents secretly listened in to mobile telephone conversations of leading public figures have united opposition rivals and plunged the government into a new scandal at a crucial time, it has been claimed.

“Democracy has to be defended,” L K Advani, a veteran leader of the main opposition Bharatiya Janata Party (BJP), told the lower house of parliament, which was repeatedly adjourned amid uproar on the opposition benches.

“This house will not be satisfied until the prime minister comes to the house and makes a statement,” Mr Advani added, demanding new legislation to prevent such abuses of personal privacy.

P Chidamabaram, Home Minister, promised a probe into the scandal, which surfaced in a magazine last week.

The magazine Outlook was the first to report that intelligence officers had been tapping the phones of politicians including Sharad Pawar, the Agriculture Minister, Prakash Karat, Communist Party of India (Marxist) general secretary, and Nitish Kumar, the Bihar state chief minister.

The latest controversy threatens to further sap the left-leaning government at a time when it is looking to pass key legislation.

It is seeking support from its allies for a possible no-confidence vote over high food prices, as well as passing the budget and other key bills, and has been embroiled for the last two weeks in a cricket scandal.

Shashi Tharoo, the Junior Foreign Minister, resigned a week ago after it was disclosed that his girlfriend had been given a free stake worth 15 million dollars in an Indian Premier League (IPL) cricket team based in his state.

The opposition charged that this was a kickback for his role in putting together the consortium that bought the franchise in the southern city of Kochi. Mr Tharoor denies all wrongdoing.

The government has a comfortable majority in parliament but has struggled to push through its legislative programme in the face of rising food and fuel prices, Maoist violence and the IPL scandal.

Other opposition parties also decried the alleged phone tapping as an assault on democratic and civil rights.

“We are not living in a military regime,” Communist Party of India national secretary D. Raja told reporters at the weekend.

Mr Advani said the phone tapping reports recalled the time when former Indian Congress premier Indira Gandhi clamped a state of emergency on the country in 1975, censoring the press and jailing hundreds of opposition politicians.

“We must ensure there is no such emergency (rule) in the country,” Mr Advani said.