(Reuters) – Gold prices rose to their highest level this year on Friday, above $1,160 an ounce, as a downgrade of Greece’s debt renewed fears over the euro zone’s financial stability, prompting a flight to safer investments.

The metal ended the week about 3 percent higher, which marked the biggest gain since the week of January 10. 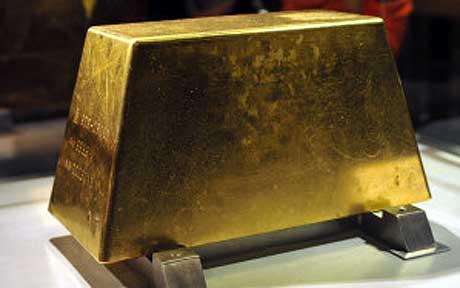 In dollar terms the gold price is about 5pc below its record, but the weakness of the pound and the euro against the American currency means that for investors in Britain and the eurozone the precious metal has never been so valuable.

The price of an ounce of gold has reached record levels of £754 and €865 in recent trading, and the dollar price has reached a three-month high of $1,157.

In August last year the gold price in sterling terms was £562, so British gold investors have made a profit of 34pc, compared with a rise in the dollar price of 23pc over the same period.

Gold is seen as a safe haven investment but, because it is priced in dollars, investors in countries other than America are exposed to currency risk.

For example, British gold investors saw the value of their holdings fall by 10pc in the six months to August 2009 as the pound recovered strongly against the dollar – even though gold in dollar terms appreciated by 2.2pc over the period.

Nicholas Brooks of ETF Securities, which runs a gold exchange-traded fund, said: “The strong performance of gold, despite the strength of the US dollar, indicates that investors are increasingly viewing it as an alternative store of value, not just to the US dollar but to fiat [paper] currencies more broadly, as sovereign risks continues to rise.

“Traditionally, investors concerned about the structural outlook for the US dollar would buy euros, British pounds or yen. However, with policy and debt risks rising in all of these countries, investors – as well as central banks and sovereign wealth funds – are increasingly looking to gold as an alternative ‘hard asset’ store of value.”