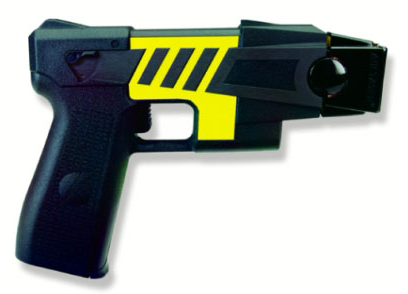 A federal appeals court says three Seattle police officers did not employ excessive force when they repeatedly tasered a visibly pregnant woman for refusing to sign a speeding ticket.

The lawyer representing Malaika Brooks said Monday that the court’s 2-1 decision sanctioned “pain compliance” tactics through a modern-day version of the cattle prod.

“To inflict pain on a person if that person is not doing what the police want that person to do is simply outrageous,” said Eric Zubel, the woman’s attorney. “I cannot say that loud enough.”

“Refusing to sign a speeding ticket was at the time a nonarrestable misdemeanor; now, in Washington, it is not even that. Brooks had no weapons and had not harmed or threatened to harm a soul,” (.pdf) Berzon wrote. “Although she had told the officers she was seven months pregnant, they proceeded to use a Taser on her, not once but three times, causing her to scream with pain and leaving burn marks and permanent scars.”

Stun mode, the court noted, didn’t rise to the level of excessive force because it imposes “temporary, localized pain only.”

The majority reversed a lower court judge who said the woman’s rights were violated. The lower court’s failure to distinguish between the two levels of pain modes “led the court to err in finding excessive force.”

The woman was driving her 12-year-old to the African American Academy in Seattle when she was pulled over on suspicion of speeding in 2004. The child left the car for school and a verbal spat with the police resulted in the woman receiving three, 50,000-volt shocks, first to her thigh, then shoulder and neck while she was in her vehicle. An officer was holding Brooks’ arm behind Brooks’ back while she was being shocked.

Brooks gave the officer her driver’s license, but Brooks refused to sign the ticket – believing it was akin to signing a confession. She was ultimately arrested for refusing to sign and to comply with officers asking her to exit the vehicle.

“A suspect who repeatedly refuses to comply with instructions or leave her car escalates the risk involved for officers unable to predict what type of noncompliance might come next,” Judge Cynthia Holcomb Hall wrote for the majority. She was joined by Judge Diarmuid F. O’Scannlain.

“Therefore, while using the Taser three times makes this a closer case, we find that it does not show excessive force in light of the corresponding escalation of Brooks’ resistance and the fact that it was the third tasing that appeared to dislodge her such that the officers could finally extract her from her car and gain control over her,” Hall wrote.