– Horrifying Video Shows Cops Torture Innocent Man With Taser Until He Defecated Himself:

Knoxville, TN — Paul Edward Branch had just watched his apartment burn to the ground and, as he sat on the fire truck, shirtless, shoeless, and dazed, several Knox County Sheriff’s Office deputies approached him. Within seconds, Branch went from contemplating replacing his belongings to being assaulted and tortured by men who claim they protect society.

Body camera footage from KCSO Deputy Paul Saah shows Branch’s nightmare unfold as he was shocked with 50,000 volts, repeatedly, in such a torturous and unnecessary manner that his bowels released. Ten times in just 64 seconds, the sadistic deputy fired his taser as his fellow deputies piled on top of the man.

Read moreHorrifying: Cops Torture Innocent Man With Taser Until He Defecated Himself (Video)

– Cops Who Tasered Handcuffed Teen on His Testicles Until He Died – On Video – Can’t Be Charged:

The department kept the video of its cops killing a teen with a taser secret long enough that it surpassed the statute of limitations — 3 measly years.

“Is it really as bad as this?”

– UK police taser blind man after mistaking his cane for a gun:

A blind man who was waiting for a train home was tasered by police at a railway station in Manchester, England, after someone reported that his walking stick was a firearm.

“OK he’s black, in custody and compliant, but hey, let’s see what happens if we just taze him?” 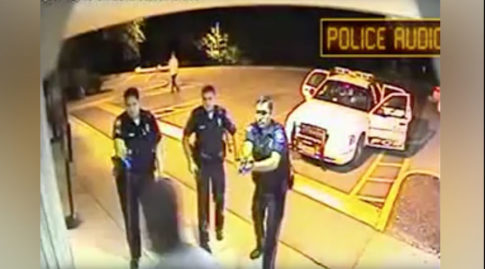 – 20 tasings in 30 mins: No charges for Virginia police officers over man’s death in handcuffs:

Prosecutors in Virginia will not charge police officers in South Boston for their part in the death of a man who was shot with a taser 20 times in 30 minutes while handcuffed in police custody, according to a new report.

Linwood Lambert was pronounced dead about an hour after he was taken into police custody in South Boston, Virginia, on May 4, 2013, following reports of a noise disturbance at a motel. Police decided to take Lambert, who later admitted he had used cocaine, to a nearby hospital, telling him they were not taking him to jail. When Lambert became agitated and ran out of the police squad car toward the hospital, police subsequently tased him repeatedly despite his pleas for them to stop.

Lambert died after about 87 seconds, total, of tasing by the officers, who acted in violation of the South Boston Police Department’s guidelines for taser-use given Lambert was handcuffed the entire time. 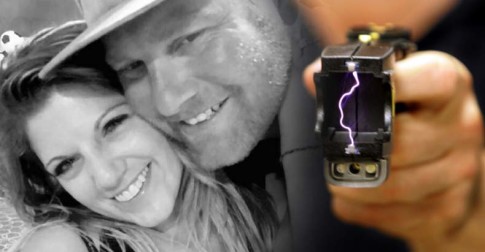 – Mom Calls 911 for Mental Help With Her Son, Cops Show Up, Taser Him to Death While He’s Restrained:

Coweta County, GA — American police have once against demonstrated that their agenda is not to protect and serve, but to dominate and control by any means necessary. On November 20th, sheriff deputies in Coweta County, Georgia were summoned to help subdue a man having a psychotic breakdown and ended up tasing him to death.

Thirty-two-year-old Chase Sherman, together with his fiancée, Patti Galloway and his parents, Kevin and Mary Ann Sherman, were returning from a vacation. During a layover at the Hartsfield-Jackson airport in Atlanta, Chase started having hallucinations and acting agitated. According to his father, he “got nervous … about planes crashing, and he just didn’t feel comfortable on a plane. … He thought nobody recognized him. I said, ‘Chase, we’re fine. We’re going to get a car and drive home.’ He didn’t know where he was at.” So they rented a car to drive the rest of the way to their home in Florida.

Read moreMom Calls 911 for Mental Help With Her Son, Cops Show Up, Taser Him to Death While He’s Restrained