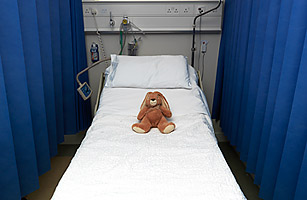 Amnesty International may be best known to American audiences for bringing to light horror stories overseas such as the disappearance of political activists in Argentina or the abysmal conditions inside South African prisons under apartheid. But in a new report on pregnancy and childbirth care in the U.S., Amnesty details the maternal health care crisis in this country as part of a systemic violation of women’s rights.

The report, titled “Deadly Delivery,” notes that the likelihood of a woman dying in childbirth in the U.S. is ﬁve times greater than in Greece, four times greater than in Germany, and three times greater than in Spain. Every day in the U.S., more than two women die of pregnancy-related causes, with the maternal mortality ratio doubling from 6.6 deaths per 100,000 births in 1987 to 13.3 deaths per 100,000 births in 2006. (And as shocking as these figures are, Amnesty notes that the actual number of maternal deaths in the U.S. may be a lot higher since there are no federal requirements to report these outcomes and since data collection at the state and local levels needs to be improved.) “In the U.S., we spend more than any country on health care, yet American women are at greater risk of dying from pregnancy-related causes than in 40 other countries,” says Nan Strauss, the report’s co-author, who spent two years investigating the issue of maternal mortality worldwide. “We thought that was scandalous.” (See the most common hospital mishaps.)

According to Amnesty, which gathered data from many sources including the CDC, approximately half of the pregnancy-related deaths in the U.S. are preventable, the result of systemic failures including barriers to accessing care; inadequate, neglectful, or discriminatory care; and overuse of risky interventions like inducing labor and delivering via cesarean section. “Women are not dying from complex, mysterious causes that we don’t know how to treat,” says Strauss. “Women are dying because it’s a fragmented system, and they are not getting the comprehensive services that they need.”

The report notes that black women in the U.S. are nearly four times more likely to die from pregnancy-related causes than white women, although they are no more likely to suffer certain complications like hemorrhage. (See the top 10 medical breakthroughs of 2009.)

The Amnesty report comes on the heels of an investigation in California that found maternal deaths have tripled there in recent years as well as a maternal-mortality alert issued in January by the Joint Commission, a group that accredits hospitals and other medical organizations, which noted that common preventable errors included failure to control blood pressure in hypertensive women and failure to pay attention to vital signs following c-sections. And just this week, a panel of medical experts at a conference held by the National Institutes of Health recommended that physicians’ organizations revisit policies that prevent women from having vaginal births after having had a cesarean. Such policies, designed in part to protect against litigation, have contributed to the U.S. cesarean rate rising to nearly 32% in 2007, the most recent year for which data is available.

The Amnesty report spotlights numerous barriers women face in accessing care, even among those who are insured or qualify for Medicaid. Poverty is a major factor, but all women are put at risk by overuse of obstetrical intervention and barriers in access to more woman-centered, physiologic care provided by family-practice physicians and midwives.

Amnesty is calling on Obama to create an Office of Maternal Health within the Department of Health and Human Services to improve outcomes and reduce disparities, among other recommendations. The report also calls on the government to address the shortage of maternal-care providers.

“Access is only one factor,” cautions Maureen Corry, executive director of Childbirth Connection, a research and advocacy organziation that recently convened more than 100 stakeholders, including members of the American College of Obstetricians and Gynecologists and the NIH, in a large symposium on transforming maternity care. “We need to make sure that we reduce the overuse of interventions that are not always necessary, like C-sections, and increase access to the care that we know is good for mothers and babies, like labor support.”