Dec. 22, 2009 — At least 60 million people in the U.S. have rolled up their sleeves or taken the nasal spray version of the H1N1 swine flu vaccine, according a briefing at the CDC today.

Twice as many doses have gone to children than adults, but only about 2 million children had received the second dose of the swine flu vaccine, according to a CDC telephone survey ending Dec. 12.

“There are a lot of children in need of second doses in the weeks ahead,” Anne Schuchat, MD, director of the National Center of Immunization and Respiratory Diseases, said at the briefing.

Schuchat dismissed a recent Australian study that suggested that a single dose of vaccine could be enough for children under 10. “We strongly believe that two doses are needed in children.”

The CDC recommends that children under age 10 get the two doses at least four weeks apart — though a longer gap of five to six weeks is fine.

After All The Evidence That Was Posted All Across The Internet, Still So Many People Ruin Their Lives.

Here is a short introduction for beginners about the swine flu vaccine:

– Dr. Russell Blaylock:
“No one should take the swine flu vaccine–it is one of the most dangerous vaccines ever devised. It contains an immune adjuvant called squalene (MF-59) which has been shown to cause severe autoimmune disorders such as MS, rheumatoid arthritis and Lupus. This is the vaccine adjuvant that is strongly linked to the Gulf War syndrome, which killed over 10,000 soldiers and caused a 200% increase in the fatal disease ALS (Lou Gehreg disease). This virus H1N1 kills by causing a “cytokine storm”, which means that it cause the body’s immune system to overreact and that is why it is killing young people and is a mild disease in the elderly. (The elderly have weakened immune systems.) This vaccine is a very powerful immune stimulator and carries the real possibility of making the lethality of the virus much greater.

The swine flu vaccine destroys the brain and the immune system, even if there are no immediate side effects. 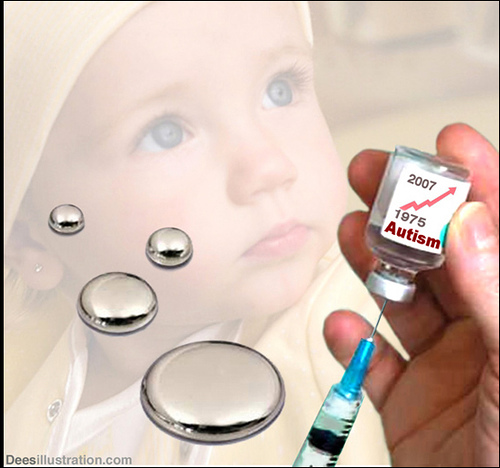