Shouldn’t the President of the US be the first in line if he swine flu vaccination was so important to defend the country against swine flu? How about national security?

Why didn’t his children receive the swine flu vaccine yet and only the seasonal flu shot? 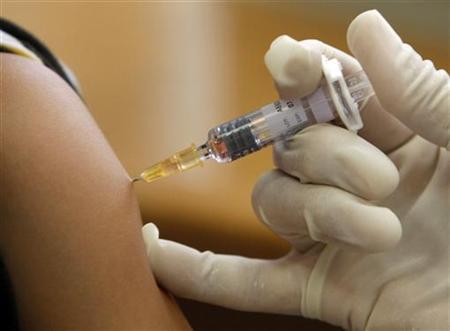 President Obama received a seasonal flu shot Tuesday afternoon, a White House official said. A White House physician administered the shot while accompanying the president on a trip to New York, where he is attending fund-raisers for the Democratic Party and a House candidate.

The first lady and Obama girls had received their seasonal flu vaccines previously.

The seasonal flu shot does not vaccinate against the H1N1 swine flu virus, and Obama is not in one of the groups — such as pregnant women, health-care workers and those under age 24 — designated as high-priority for receiving the scarce H1N1 vaccine.

1 thought on “President Obama gets a seasonal flu shot, but not for swine flu”