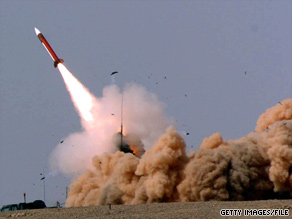 In a joint Israeli-U.S. exercise, a Patriot missile is fired.

JERUSALEM (CNN) — Israel and the United States commenced what is believed to be their largest ever joint military exercises in missile defense Wednesday.

The long-planned, two-week air defense exercise has been dubbed Juniper Cobra 10 and will involve participation of 1,000 personnel from the U.S. European Command and the Israeli military, according to a statement from the Israel Defense Forces. It’s the fifth such exercise since 2001.

Related ‘conspiracy’:
– Lindsey Williams on Alex Jones: ‘The Elite have changed there Timeline’ – ‘Within two years you will not recognize America’ – ‘War is planned after two years, starting in the middle east area and spreading to the entire world’

In a news release about the joint air defense exercises, the Israeli military said the drill “is not in response to any world events,” but the maneuvers do come at time of increasing tensions amongst the United States and Israel with Iran over its nuclear program.

Both the American and Israeli governments believe Iran is seeking to develop nuclear weapons, an allegation Tehran has denied.

Stratfor said that despite the fact that the Juniper Cobra exercise has been planned for more than a year the drill “will ratchet up already sky-high tensions between the West and Iran.”

Among the systems expected to be deployed and tested during the drills are the Arrow and Patriot missiles, along with the Theater High Altitude Area Defense and the naval-deployed Aegis missile defense systems.

The IDF statement said, “In the course of the exercise small numbers of U.S. forces from U.S. Army Europe … will be temporarily deployed to a number of locations in Israel in the vicinity of civilian areas.” 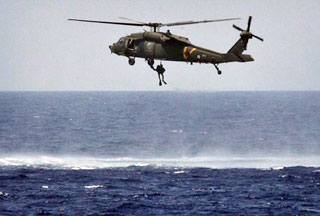 Israel and the United States plan to begin their largest-ever joint war exercise on Wednesday to simulate possible missile attacks on Israel.

The Juniper Cobra air defense drill will involve some 1,000 troops from the US European Command and the same number of Israeli soldiers, the Israeli army said in a Tuesday statement.

The 16-day war game, which was originally scheduled to start last week, will also test the Israeli Arrow (Hetz) missile defense system together with three US systems, including the Terminal High Altitude Area Defense (THAAD), the ship-based Aegis Ballistic Missile Defense System, as well as Patriot and Hawk anti-aircraft systems.

The US has also dispatched 17 warships, including those planned to fire dummy projectiles to test defenses, and radar ships that will play an integral part in the exercise.

The US-made Forward Based X-band Tactical radar, capable of detecting long-range missiles, has been erected in the Negev and will work along with the Arrow missile system, while also transmitting data to a US joint tactical ground station.

The Israeli army claims the fifth biennial Juniper Cobra drill is not in response to any world events, but is ‘part of a routine training cycle designed to improve the interoperability of both air defense systems’.

The drills will simulate the firing of long-range missiles against Israel, and towards the end will include a ‘live missile interception’, the Yediot Aharonot daily reported.

The air drill is based on expectations that the United States will provide Israel with missile defense systems that will operate alongside Israel’s Arrow 2 system in the event of a war, the paper added.