Hide the truth, continue with Bush’s policies, get the NOBEL PEACE PRIZE.

At least we should also award G. W. Bush with the Nobel Peace Prize. 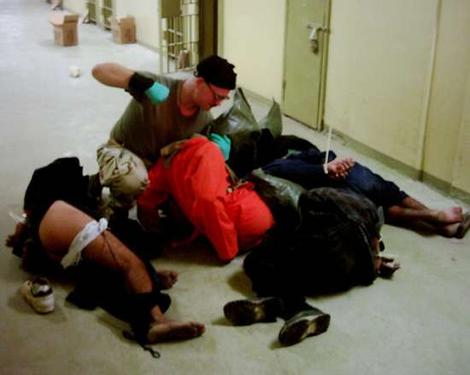 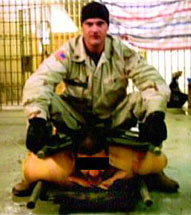 In the continuing legal battle over 21 photographs showing terror war prisoner abuse, the U.S. government has not seen much success arguing for nondisclosure in federal court.

So, the Obama administration — which once promised to make public this shameful chapter of the Bush administration — has hatched a new strategy to keep the scenes of torture from being released.

“The Obama administration believes giving the imminent grant of authority over the release of such pictures to the defense secretary would short-circuit a lawsuit filed by the American Civil Liberties Union under the Freedom of Information Act,” reported the Associated Press on Saturday.

It was with this new strategy in mind that the administration asked Supreme Court justices to stay their decision on the photos’ release, allowing Congress time to vote on dictating the authority solely to the secretary of defense.

The photos relate to abuse alleged to have taken place between 2001 and 2005 in Abu Ghraib and six other prisons. Some of the photos were said to depict rape and sexual abuse, though the Pentagon has denied this.