Chanting mantras, with their true meaning lost ages ago, like in religion, has little if no effect at all.

The Fed and the Treasury have created a religion and Timothy Geithner and Ben Bernanke are seen as the high priests.

And behind close doors the Fed and the Treasury rape and abuse the US dollar, which has been entrusted to them, as violent and often as possible.

And people still believe those criminals.

– The Federal Reserve buys Fannie Mae bonds; Timothy Geithner is a liar
–  US budget deficit tripled to a record $1.4 trillion in 2009
– Gerald Celente on the demise of the US dollar: ‘The US is failing on it’s most basic level’ 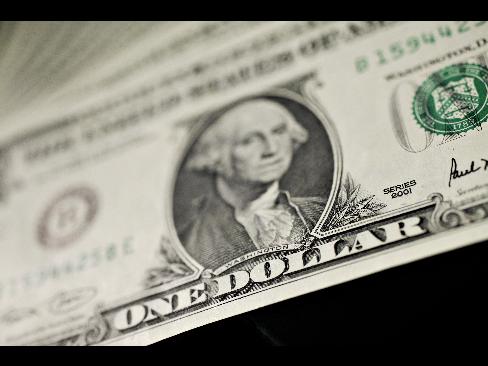 For 14 years US Treasury secretaries have taken up the mantra as though it were an essential part of the office. So, sure enough, Tim Geithner, like his recent predecessors, believes “in a strong dollar”.

But if one thing has been devalued over that time, it is not so much the currency itself but the impact of the phrase.

After a week that saw the dollar reach a 14-month low against a basket of currencies and a fervour of Republican fretting about the value of the currency, the accusation is doing the rounds that maybe Mr Geithner does not “believe” hard enough.

There are reasons for entertaining this doubt. His commitment to a rebalancing of global trade could be accomplished by higher domestic demand in surplus countries such as China and Germany but it is not hurt by a weaker greenback.

For US business, the picture is mixed. But the large manufacturing groups such as General Electric and Caterpillar are expected to benefit, even if some smaller companies reliant on importing components are less happy.

However, Frank Vargo, of the National Association of Manufacturers, says there is no simple division between great and small: “When I talk to [some of] our smaller, more mid-sized companies, they are very happy as the dollar declines.”

Eswar Prasad, a professor at Cornell University and former IMF official, said the dollar needed to decline to rebalance the world economy away from its dependence on US consumption.

“It is not the US but the rest of the world that should really be concerned about dollar weakness,” he warned. “None of the other economies is really in a position to wean themselves off the US export market.”

While politicians pontificate about the waning strength of the currency, the Treasury notes internally that the dollar on a trade-weighted basis is in a similar place to two years ago.

Marc Chandler, senior currency strategist at Brown Brothers Harriman, said the recent flap over the dollar was a “tempest in a teacup” and the US administration should be unconcerned.

There is a long-established reticence from US administrations to intervene in currency markets, and the chance of intervention this time is seen as negligible.

“We are opposed to intervention, whether it be by the United States or any other country,” says Mr Vargo, who wants China to allow its currency to appreciate. “I think cause for alarm right now is overstated.”

Marty Regalia, chief economist at the US Chamber of Commerce, said the US administration should concentrate on reducing its budget deficit, rather than market intervention.

“If the dollar were to go into a freefall and if you were trying to insert some order into the trading mechanism, then it would be different,” he said.

Mr Chandler agreed and said a signal that Beijing was unhappy would also be serious. “If you were to say there’s a line in the sand – say it’s $1.50 to the euro or $1.60 – and [Chinese president Hu Jintao] calls up Mr and Mrs Obama and says ‘look, the dollar’s gone too far here’, then it would be a problem. But I don’t think we’re anywhere close to those things.”

Larry Summers, chief economic adviser to the White House, reiterated the strong dollar policy on Thursday night but it was another speech that provoked an increase in the dollar.

It took Ben Bernanke, chairman of the Federal Reserve, to stem the decline. In a fairly technical address about the central bank’s balance sheet, he remarked that eventually, when the economy had recovered enough, the Fed would tighten monetary policy to head off inflation.

It was hardly groundbreaking, but the dollar rose when the comments hit the newswires and traders adjusted their guesses on when the Fed will start to raise rates.

By Tom Braithwaite and Sarah O’Connor in Washington