There is no reason for this swine flu hype:
– Expert: Swine flu death rate similar to seasonal flu

Ask David Rockefeller why he will never take any vaccine and ask him why he has all the time his personal homeopath around. (A friend reminded me on this fact lately.)

This is the same David Rockefeller that is a very important player behind Big Pharma. 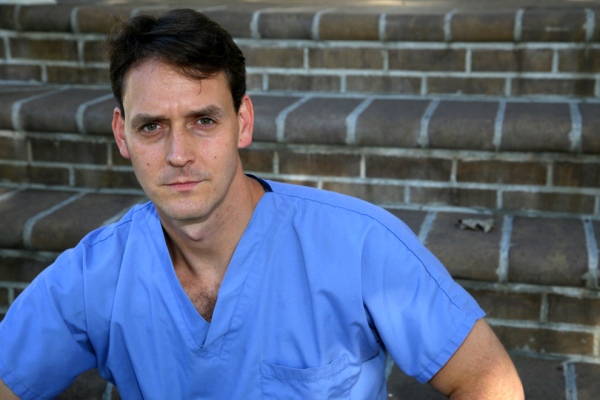 Dozens of Long Island nurses – many from Stony Brook University Medical Center – plan to rally with health care workers from across the state next week in Albany to protest a state regulation that mandates they be vaccinated for swine flu or lose their jobs.

The New York State Department of Health issued an emergency regulation in August that requires all health care workers in hospitals, public health clinics, hospices and in home health care be immunized against seasonal and swine flu. But it is the mandated swine flu shot that has angered the workers, who claim the vaccine has not been fully tested.

“We as an organization have not questioned the safety of the vaccine,” said Nancy Webber, spokeswoman for the association. “We see this as an issue of workers’ rights.”

The Public Employees Federation, which represents 9,000 nurses statewide and 3,000 health care workers – nurses and others – at Stony Brook alone, agrees with the nurses’ group.

Nurses say they were never consulted before officials wrote the regulation.

“This vaccine has not been clinically tested to the same degree as the regular flu vaccine,” said Tara Accavallo, a registered nurse in Stony Brook’s neonatal intensive care unit, the division that has produced a number of protesters. “If something happens to me, if I get seriously injured from this vaccine, who’s going to help me?”

Experts from the Centers for Disease Control and Prevention as well as infectious disease specialists on Long Island say the H1N1 vaccine, which is set to be released early next month, is safe and produces a powerful immune response.

The deadline to comply is Nov. 30, a date so close it leaves little time for legal maneuvers to skirt the law, but Accavallo says she’s willing to lose her job if need be.

Rob Kozik, another registered nurse in Stony Brook’s neonatal intensive care unit, said he has no problems with a seasonal vaccine but he has deep concerns about being immunized against H1N1. “I usually get vaccinated against the flu, but they are mandating an untested and unproven vaccine.

“The H1N1 vaccine already has a poor track record,” he added. “Back in 1976 there was vaccine [to protect against swine flu] that caused death and Guillain-Barre syndrome,” said Kozik, referring to a nerve-damaging disorder that some people linked to the vaccine. He said he also worries about the vaccine additive thimerosal, which is used as a preservative in some doses of the vaccine.

Stony Brook has begun “a major communication initiative” to inform its staff about the need for the vaccine, said Lauren Sheprow, hospital spokeswoman.

“We feel some of the anxiety may stem from confusion and lack of information about the nature of the H1N1 vaccine,” she said.

Dr. Steven Walerstein, medical director of Nassau University Medical Center, said his institution’s flu campaign began late last week. More than 900 people were eligible for vaccination in the first phase, and 890 were vaccinated, he said. About an additional 25 workers who refused without explanation are “being referred to human resources and counseling,” Walerstein said. If there is not a good reason for their refusal, health care providers can lose their jobs.