The prospect of the UK losing its AAA sovereign credit rating, resulting in higher interest rates for companies and households, moved a step closer after ratings agencies voiced fears about the UK’s vast public debt burden. 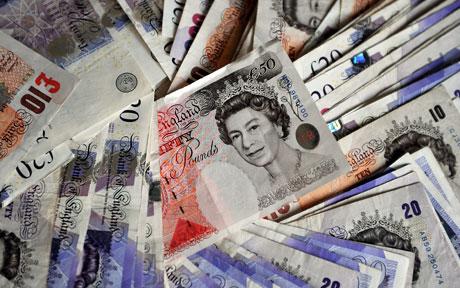 The Chancellor revealed in the Budget that the national debt will reach £1.4 trillion over the next five years Photo: EPA

Moody’s and Standard & Poor’s are reviewing the UK’s rating in light of the Chancellor’s revelation in the Budget that national debt will reach £1.4 trillion over the next five years. Spain, Ireland, Greece and Portugal have already been downgraded.

Related articles:
– Taxes ‘must rise’ by £45bn a year to meet Budget 2009 target (Telegraph)
– Time to bail out of Britain? (Telegraph)

Arnaud Mares, lead analyst at Moody’s for the UK, said: “Treasury projections that public sector net borrowing will remain above 5pc of GDP five years from now… are a cause for concern. This suggests that fiscal policy will have to be tightened much further than currently envisaged. The alternative would be that the Government chooses to live with a permanently higher debt burden which would likely have rating implications over time.”

A Standard & Poor’s spokesman said: “We are looking at the details of the Budget and have no comment to make at this stage.”

Sources in the bond trading market claimed credit agencies were already stress-testing the UK again for a possible downgrade. “You have to assume the risk of a ratings downgrade has increased after this Budget. It is certainly much more likely than we thought a few months ago,” said John Wraith, head of rates strategy at RBC.

Last November, Frank Gill, S&P’s director of European sovereign ratings, said public debt above 60pc of GDP could undermine an AAA rating. At its peak in 2013, the Government is forecasting debt at 79pc of GDP.

Economists last night raised concerns that the Chancellor’s estimates for public borrowing over the next few years are still too low, adding to fears that the true risk of a downgrade has not been reflected in the Budget’s figures.

“A downgrade happened to Ireland and our net borrowing to GDP ratio is already approaching the levels seen there,” said Howard Archer, chief UK economist at Global Insight.

Jonathan Loynes, head of European economics at Capital Economics, estimates that the Chancellor will need to borrow £200bn this year – £25bn above the amount forecast by the Treasury on Wednesday.

A ratings downgrade would be devastating for the economy, pushing up the cost of borrowing for the Government, which would then feed through to higher taxes and higher interest rates nationwide. Many investors are limited to trading in AAA bonds, and therefore a huge number could be dumped on the market in the event of a downgrade.

Traders already expect long-term interest rates to rise as a result of the record level of gilt issuance to plug the black hole in the nation’s finances, even without a downgrade.

According to the Debt Management Office (DMO), which issues the bonds on the state’s behalf, gilt sales between now and 2013 will total an unprecedented £696bn. Deutsche Bank reckons the estimate is too low, predicting the markets will be flooded with £815bn of Government bonds.

Marc Ostwald, fixed income strategist at Monument Securities, said: “The markets are running scared. If they are going to hit us with this supply, the market will push up yields. It will increase debt service costs and the Government will have to borrow more.”

This year alone, the issue of medium-term gilts has increased from an expected £32bn to roughly £70bn. The oversupply is raising fears that the DMO may struggle to find buyers, which itself could prompt a rating downgrade.

Mr Mares said: “Another important assumption underpinning [the UK] rating is Moody’s assessment that the Government does not face quantitative limits to its access to liquidity. [But] success depends on fickle notions such as market trust in the currency and the overall policy framework.”

Robert Stheeman, the DMO chief executive, has warned that “uncovered auctions are a possibility”.

The DMO is resorting to new measures to avoid auction failures, as happened last month for the first time since 1995. It will syndicate £25bn of the £220bn being issued this year with pension funds in a move Moody’s welcomed for “reducing execution risk in the delivery of a historically high borrowing requirement”. City sources said syndication could herald a £94m bonanza for the investment banks running the process.

The Bank is buying back £75bn and has the option of purchasing another £75bn from the end of June to help absorb the oversupply of gilts and so keep rates down.