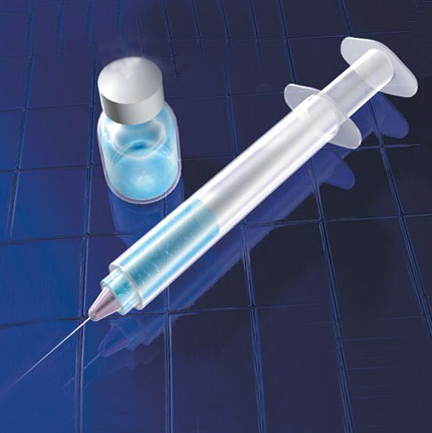 Buenos Aires, Jul 10, 2008 — At least 12 babies who were part of a clinical study to test the effectiveness of a vaccine against pneumonia have died over the past year in Argentina, the local press reported Thursday.

The study was sponsored by global drug giant GlaxoSmithKline and uses children from poor families, who are “pressured and forced into signing consent forms,” the Argentine Federation of Health Professionals, or Fesprosa, said.

“This occurs without any type of state control” and “does not comply with minimum ethical requirements,” Fesprosa said.

The vaccine trial is still ongoing despite the denunciations, and those in charge of the study were cited by the Critica newspaper as saying that the procedures are being carried out in a lawful manner.

Colombian and Panama were also chosen by GSK as staging grounds for trials of the vaccine against the pneumococcal bacteria.

Since 2007, 15,000 children under the age of one from the Argentine provinces of Mendoza, San Juan and Santiago del Estero have been included in the research protocol, a statement of what the study is trying to achieve.

“Only 12 have died throughout the country, which is a very low figure if we compare it with the deaths produced by respiratory illnesses caused by the pneumococcal bacteria,” pediatrician Enrique Smith, one of the lead investigators, said.

In Santiago del Estero, one of the country’s poorest provinces, the trials were authorized when Enrique’s brother, Juan Carlos Smith, was provincial health minister.

According to pediatrician Ana Maria Marchese, who works at the children’s hospital in the provincial capital where the studies are being conducted, “because they can’t experiment in Europe or the United States, they come to do it in third-world countries.”

“A lot of people want to leave the protocol but aren’t allowed; they force them to continue under the threat that if they leave they won’t receive any other vaccine,” said Julieta Ovejero, great aunt of one of the six babies who died in Santiago del Estero.

Fesprosa’s Juan Carlos Palomares said that “in most cases these are underprivileged individuals, many of them unable to read or write, who are pressured into including their children” in the trials.

According to Fesprosa, “the laboratory pays $8,000 for each child included in the study, but none (of that money) remains in the province that lends the public facilities and the health personnel for the private research.”

Related books:
– Vaccine Guide: Risks and Benefits for Children and Adults
– What Your Doctor May Not Tell You About Children’s Vaccinations
– What Every Parent Should Know About Childhood Immunization
– Immunization: The Reality Behind the Myth – Second Edition, Revised and Update