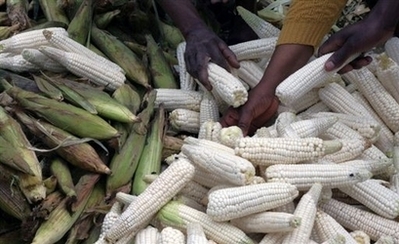 LONDON (AFP) – Biofuels have caused world food prices to increase by 75 percent, according to the findings of an unpublished World Bank report published in The Guardian newspaper on Friday.

The daily said the report was finished in April but was not published to avoid embarrassing the US government, which has claimed plant-derived fuels have pushed up prices by only three percent.

Biofuels, which supporters claim are a “greener” alternative to using fossil fuel and cut greenhouse gas emissions, and rising food prices will be on the agenda when G8 leaders meet in Japan next week for their annual summit.

The report’s author, a senior World Bank economist, assessed that contrary to claims by US President George W. Bush, increased demand from India and China has not been the cause of rising food prices.

“Rapid income growth in developing countries has not led to large increases in global grain consumption and was not a major factor responsible for the large price increases,” the report said.

Droughts in Australia have also not had a significant impact, it added. Instead, European and US drives for greater use of biofuels has had the biggest effect.

The European Union has mooted using biofuels for up to 10 percent of all transport fuels by 2020 as part of an increase in use of renewable energy.

All petrol and diesel in Britain has had to include a biofuels component of at least 2.5 percent since April this year.

“Without the increase in biofuels, global wheat and maize stocks would not have declined appreciably and price increases due to other factors would have been moderate,” the report said.

It added that the drive for biofuels has distorted food markets by diverting grain away from food for fuel, encouraging farmers to set aside land for its production, and sparked financial speculation on grains.

But Brazil’s transformation of sugar cane into fuel has not had such a dramatic impact, the report said.

“The basket of food prices examined in the study rose by 140 percent between 2002 and this February,” The Guardian said.

“The report estimates that higher energy and fertiliser prices accounted for an increase of only 15 percent, while biofuels have been responsible for a 75 percent jump over that period.”