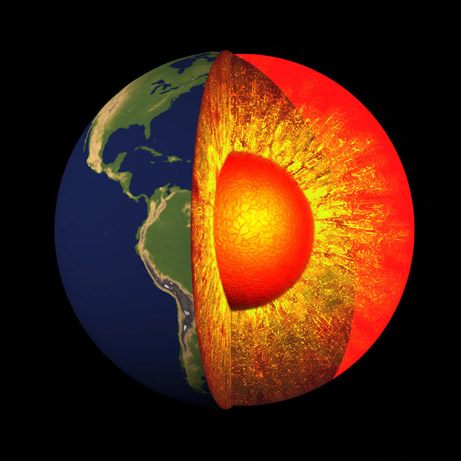 Earth’s magnetic field has reversed hundreds of times over the past billion years, and the process could take thousands of years to complete.

Satellite data show the geomagnetic field decreasing in the South Atlantic region, Mandea said, adding that an oval-shaped area east of Brazil is significantly weaker than similar latitudes in other parts of the world.

“It is in this region that the shielding effect of the magnetic field is severely reduced, thus allowing high energy particles of the hard radiation belt to penetrate deep into the upper atmosphere to altitudes below a hundred kilometers (62 miles),” Mandea said.

This radiation does not influence temperatures on Earth. The particles, however, do affect technical and radio equipment and can damage electronic equipment on satellites and airplanes, Olsen of the Danish space center said.

The study documents just how rapidly the flow in Earth’s core is changing, said Peter Olson, a geophysics professor at Johns Hopkins University in Baltimore, Maryland, who was not involved with the research.

By using satellite imagery, researchers have a nearly continuous measurement of changes, he said.

“They provide a good rationale to continue this monitoring longer,” Olson said.