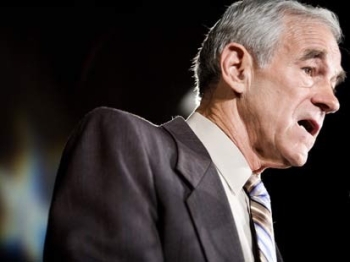 Congressman Ron Paul has warned millions of radio listeners that the US is heading into a deadly confrontation with Iran, revealing his disbelief at members of Congress who have openly voiced support for a pre-emptive nuclear strike on the country.

“If we do (attack) it is going to be a disaster,” the Congressman told the Alex Jones show this Thursday.

The Congressman recently voiced his concern over House Congressional Resolution 362 which he has dubbed a ‘Virtual Iran War Resolution’.

“If that comes up it is demanding that the President put on an absolute blockade of the entire country of Iran, and punish any country or any business group around the world if they trade with Iran.” Paul told listeners.

Experts have predicted gas will rise to $6 per gallon if the resolution passes, Paul believes that may happen anyway just by anticipation.

“The frightening thing is they say they are taking no options off the table, even nuclear first strike.” The Congressman stated.

Paul believes from talking with his contacts in and around Congress that a strike on Iran has already been green lighted.

“That is my sense because the Democratic leadership in the House are proposing no resistance whatsoever, we saw this when a supplemental bill came up and the President asked for $107 billion for the war, the Democrat leadership gave them $162 billion.

It is still totally bewildering to me when I see men and women in the Congress that I know and like doing this just to get along. Most of them will say “I agree with you on all you say but the Iranians are bad people and they might attack us some day… I hear members of Congress saying ‘if we could only nuke them’.”

Ron Paul also spoke in detail about his new Campaign For Liberty Group and his views on the upcoming election.

Listen to the full interview below.

So who are the real terrorists?
Those people want to do exactly, what they say that they are afraid of Iran could do to them.
And they blame Iran to belong to the axis of evil. So who is really evil then?
They have a mindset like Hitler.
The inmates have taken over the asylum.
– The Infinite Unknown

1 thought on “Ron Paul: I hear members of Congress saying “if we could only nuke Iran””