“However, since then, there have been 1,268 cases of extraordinary behavior reported, of which 85 percent were from teenagers. They reportedly committed suicide by jumping out of buildings or into cars.”

Concerns are rising over side effect of bird flu drug Tamiflu on teenagers. 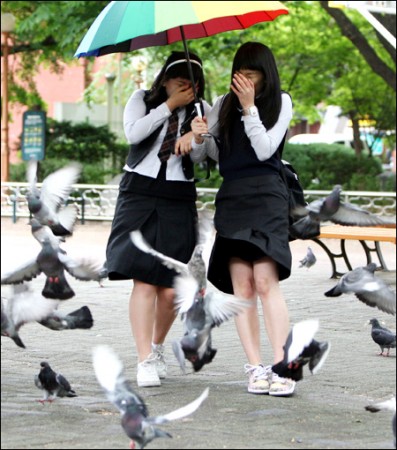 Tamiflu is Swiss-based Hoffman-La Roche’s antiviral for general influenza A and B but is also used to combat bird flu. However, worries have surfaced about the possibility of the medicine causing mental disorders among teenagers.

With fear of the H5N1 virus sweeping the nation, the government has doubled the quantity of the drug in storage, as it is the most effective treatment against avian influenza.

Whether to prescribe the pills with risks of side-effects such delusions or other disorders is being widely discussed among medical experts.

Although the drug has been the only medicine accredited to be effective against the H5N1 virus strain by the World Health Organization (WHO), the Japanese and Korean governments restricted its being prescribed to teenagers last year.

The Korea Food and Drug Administration announced that the drug should not be prescribed to those between 10 to 19 years old except for emergencies.

According to Roche, there has not been a reported case of side effects here, but the Seoul Shinmun, a local daily, reported that a woman in her 30s said she had nightmares after taking the drug in 2005.

(And Tamiflu is a nightmare. There are sources that claim that it was not designed to heal but to increase the death rate in case of a flu outbreak. – The Infinite Unknown

The government’s decision came after Japanese health authorities banned its prescription for teenagers in March 2007.

Japan has imported the drug since 2001, long before its effect on bird flu was acknowledged.

However, since then, there have been 1,268 cases of extraordinary behavior reported, of which 85 percent were from teenagers. They reportedly committed suicide by jumping out of buildings or into cars.

Health experts admit to the dilemma and said when necessary, it should be prescribed with extra prudence.

“We will have no option but to give out the pill once someone contracts the disease. But for teenagers we need to be extra careful and make sure it is prescribed at the most appropriate time,” Korean Pharmacists for a Democratic Society spokesman Shin Hyeong-geun said. “Let’s hope we will never have to worry about that.”