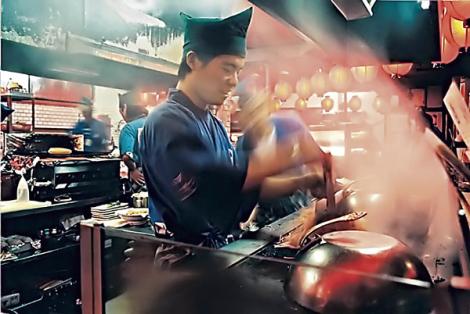 MARIKO Watanabe admits she could have chosen a better time to take up baking. This week, when the Tokyo housewife visited her local Ito-Yokado supermarket to buy butter to make a cake, she found the shelves bare.

“I went to another supermarket, and then another, and there was no butter at those either. Everywhere I went there were notices saying Japan has run out of butter. I couldn’t believe it – this is the first time in my life I’ve wanted to try baking cakes and I can’t get any butter,” said the frustrated cook.

Japan’s acute butter shortage, which has confounded bakeries, restaurants and now families across the country, is the latest unforeseen result of the global agricultural commodities crisis.

A sharp increase in the cost of imported cattle feed and a decline in milk imports, both of which are typically provided in large part by Australia, have prevented dairy farmers from keeping pace with demand.

While soaring food prices have triggered rioting among the starving millions of the third world, in wealthy Japan they have forced a pampered population to contemplate the shocking possibility of a long-term – perhaps permanent – reduction in the quality and quantity of its food.

A 130% rise in the global cost of wheat in the past year, caused partly by surging demand from China and India and a huge injection of speculative funds into wheat futures, has forced the Government to hit flour millers with three rounds of stiff mark-ups. The latest – a 30% increase this month – has given rise to speculation that Japan, which relies on imports for 90% of its annual wheat consumption, is no longer on the brink of a food crisis, but has fallen off the cliff.

According to one government poll, 80% of Japanese are frightened about what the future holds for their food supply.

Last week, as the prices of wheat and barley continued their relentless climb, the Japanese Government discovered it had exhausted its ¥230 billion ($A2.37 billion) budget for the grains with two months remaining. It was forced to call on an emergency ¥55 billion reserve to ensure it could continue feeding the nation.

“This was the first time the Government has had to take such drastic action since the war,” said Akio Shibata, an expert on food imports, who warned the Agriculture Ministry two years ago that Japan would have to cut back drastically on its sophisticated diet if it did not become more self-sufficient.In the wake of the decision this week by Kazakhstan, the world’s fifth biggest wheat exporter, to join Russia, Ukraine and Argentina in stopping exports to satisfy domestic demand, the situation in Japan is expected to worsen.

Bakeries, forced to increase prices by up to 30% in the past year, are warning that the trend will continue. Manufacturers of miso, a culinary staple, are preparing to pass on the bump in costs caused by the rising price of soybeans and cooking oil. And the nation’s largest brewer, Kirin, is lifting beer prices for the first time in almost two decades to account for the soaring cost of barley.

“In the past, Japan was a rich country with a powerful yen that could easily buy cheap imports such as wheat, corn and soybeans,” said Mr Shibata, who directs the Marubeni Research Institute in Tokyo. “But with enormous competition from the booming Chinese and Indian economies, that’s changed forever. You also need to take into account recent developments, including the damage to crops caused by drought and other disasters in exporting countries like Australia,” where the value of wheat exports has tumbled from $3.49 billion to $2.77 billion in the past three years.

The situation has been compounded by a surge in demand for bio-fuels such as ethanol, made from maize, encouraging farmers around the world to divert their efforts away from wheat and barley and into maize, further driving up prices.

Arguably Japan’s biggest concern, however, is its weakening ability to sustain its population with domestic produce. In 2006 the country’s self-sufficiency rate fell to 39%, according to the Agriculture Ministry. It was only the second time since the ministry began keeping records in 1960 that the population derived less than 40% of its daily calorie intake from domestically grown food.

Shinichi Shogenji, dean of the University of Tokyo’s graduate school of agricultural and life sciences, said Japan’s meat consumption had increased by 900% since 1955, in part because expanding incomes had enabled families to supplement the sparse national diet of rice, fish and miso soup with more Western-style food.

This trend, combined with rapid ageing and declining rural populations, had placed the country’s self-sufficiency at a perilously low level, Professor Shogenji said.

In view of recent predictions by Goldman Sachs analysts that commodities could experience “explosive rallies” in the next two years, many are wondering if Japan could become an example to other rich nations that have relied too much on foreign supplies to put food on their tables.