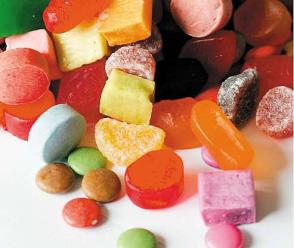 The advice, which will be put before the FSA board next week, would be voluntary. However, manufacturers would be expected by the regulator to remove the additives, replacing them with natural alternatives if possible. Some sweetmakers have unilaterally agreed to remove the suspect colours following the latest scientific evidence.

Researchers have linked E-numbers to behavioural problems since the 1970s but the debate has intensified after the Southampton study, published last September, found that seven additives such as sunset yellow (E110) and tartrazine (E102) were causing temper tantrums among normal children.

The FSA, which funded the £750,000 study, was criticised by health groups for failing to ban the additives after taking the advice of the Committee on Toxicology, which said they had only a moderate effect on some children.

Instead, the FSA said it would work with manufacturers to see if they would remove the additives and awaited an assessment of its research by the European Food Safety Agency (Efsa).

While conceding there was “limited” evidence that the additives caused the children problems, Efsa decided the study was not a good enough reason to change the safe limits of the E-numbers.

Apparently stung by the failure to act, Professor Jim Stevenson, who led the Southampton study, wrote to the FSA demanding immediate action.

His letter dated 20 March is included in the bundle of documents forwarded to the board, which were published yesterday.

In an 18-page rebuttal of criticism of his study, Professor Stevenson and three colleagues wrote: “The position in relation to AFCs [Artificial Food Colours] is analogous to the state of knowledge about lead and IQ that was being evaluated in the early 1980s … Needleman [a researcher] found the difference in IQ between high and low lead groups was 5.5 IQ points … This is very close to the sizes obtained in our study of food additives.”

Politicians finally phased out leaded petrol from all petrol stations in 2000, almost two decades after researchers warned that the toxin was stunting the development of young brains.

Professor Stevenson’s team warned: “We would argue that the findings from our own study and the previous research overviewed by the Efsa would lead to the same conclusion as was reached by Professor Sir Michael Rutter in relation to lead in 1983. Namely that for food colours there is ‘justification for action now’.”

They advised that there be more research on a seventh additive they studied, the preservative sodium benzoate, which stops mould growing in fizzy drinks such as Diet Coke.

The FSA’s board, which meets on Thursday, will make a recommendation to ministers on what to do about additives.

Officials have warned that some products such as mushy peas, tinned strawberries and Battenberg cake might not be able to be reformulated in time and might have to be withdrawn from the shelves.

* A list of more than 900 products containing the additives is published on the Food Commission’s website actiononadditives.com.