‘Vegetarians and vegans are weak and have no physical, mental and spiritual strength.’

I highly recommend to remove all seafood from the menu.

It is totally contaminated, even before Fukushima and Gulf oil spill.

As much as I would like to recommend you to eat different varieties of seaweed (not just because of their high iodine content), I can’t.

Seaweed is highly contaminated with arsenic, mercury and other heavy metals.

– Raw Food Diet: ‘You Will Play The Game Much Longer And Much Higher Level’ (Video): 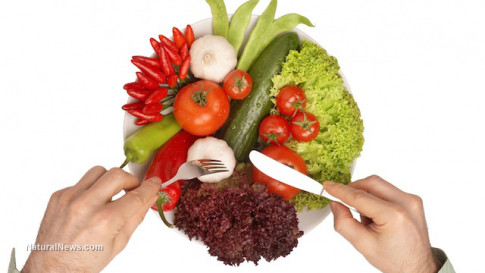 – Vegetarian diet reduces cancer risk by up to 43% in new study:

Good news for vegetable lovers and those who enjoy a dietary lifestyle primarily consisting of such foods: A recent study has found that a vegetarian diet can reduce a person’s risk of developing colorectal cancers when compared to their meat-eating counterparts.

Researchers from Loma Linda University in California discovered that, compared to people who eat meat, vegetarians had a 19 percent lower risk for colon cancer and a 29 percent lower
risk for rectal cancer.(1) 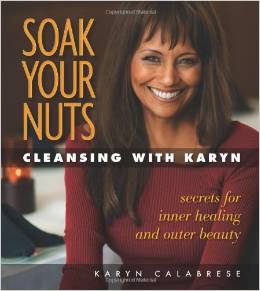 – The Essene Gospel of Peace: Book One

– Essene Gospel of Peace, Book 2: The Unknown Books of the Essenes

– Essene Gospel of Peace: Book 4, The Teachings of the Elect

It was in 1928 that Edmond Bordeaux Szekely first published his translation of Book One of The Essene Gospel of Peace, an ancient manuscript he had found in the Secret Archives of the Vatican as the result of limitless patience, faultless scholarship, and unerring intuition, a story told in his book, The Discovery of the Essene Gospel of Peace. The English version of this ancient manuscript appeared in 1937, and ever since, the little volume has traveled all over the world, appearing in different languages, and gaining every year more and more readers, until now, still with no commercial advertisement, over a million copies have been sold in the United States alone. It was not until almost fifty years after the first French translation that Book Two and Book Three appeared, and these also have now become classics of the Essene literature.

Book Four, The Teachings of the Elect, will come as a surprise to those readers who are aware of Dr. Szekely’s death in 1979. if I were also a philologist, or scholar, or archeologist, I might be able to provide some explanation. But I am only his faithful famulus amanuensis, and the instructions he left me were clear and explicit: “Two years after my death, you shall publish Book Four of The Essene Gospel of Peace. ” That was all, and I am now carrying out his wish.

This Book Four, The Teachings of the Elect, represents yet another fragment of the complete manuscript which exists in Aramaic in the Secret Archives of the Vatican and in old Slavonic in the Royal Library of the Habsburgs (now the property of the Austrian government). As to the reason for the delay in its publication, I can only surmise that Dr. Szekely wanted the vivid reality of these ageless truths to stand alone, unobscured even by the presence of the translator. He did say in his Preface to the first London edition of Book One in 1937 that “we have issued this part before the rest, because it is the part of which suffering humanity has most need today.” Perhaps, in the same way, the troubled world of forty-four years later needs this fourth volume of The Essene Gospel of Peace.

Again the words of Dr. Szekely: “We have nothing to add to this text. It speaks for itself. The reader who studies the pages that follow with concentration, will feel the eternal vitality and powerful evidence of these profound truths which mankind needs today more urgently than ever before.”

“And the truth shall bear witness of itself.”

The Original Hebrew and Aramaic Texts translated and edited by

And then many sick and maimed came to Jesus, asking him. “if you know all things, tell us, why do we suffer with these grievous plagues? Why are we not whole like other men? Master, heal us, that we too may be made strong, and need abide no longer in our misery. We know that you have it in your power to heal all manner of disease. Free us from Satan and from all his great afflictions. Master, have compassion on us.”

And they asked him in amazement: “Who is our Mother and which her angels? And where is her kingdom?”

Read moreThe Diet Of Jesus According To The Essene Gospel Of Peace (Found In The Secret Archives Of The Vatican): Raw Foods & Vegetarian

Leading water scientists have issued one of the sternest warnings yet about global food supplies, saying that the world’s population may have to switch almost completely to a vegetarian diet over the next 40 years to avoid catastrophic shortages.

Humans derive about 20% of their protein from animal-based products now, but this may need to drop to just 5% to feed the extra 2 billion people expected to be alive by 2050, according to research by some of the world’s leading water scientists.

“There will not be enough water available on current croplands to produce food for the expected 9 billion population in 2050 if we follow current trends and changes towards diets common in western nations,” the report by Malik Falkenmark and colleagues at the Stockholm International Water Institute (SIWI) said.

“There will be just enough water if the proportion of animal-based foods is limited to 5% of total calories and considerable regional water deficits can be met by a … reliable system of food trade.”