Shocking new research reveals that a specific type of lung cancer many smokers develop comes from tiny tears in their lung tissue caused by microscopic glass fibers, also known as glass wool, found in many conventional cigarette filters. These rips in the epithelial (soft) tissue fuel the development of tumors and cancerous cells due to the constant overload of toxins, namely pesticides, nicotine and ammonia, contained in commercial cigarette smoke.

The filters of typical commercial cigarettes contain microscopic, needle-shaped shards of glass wool (like fiberglass insulation) which escape into the mouth and throat, and then lodge with tobacco tar in the lung tissue, surrounding the alveoli (tiny air sacs) and lead to COPD (chronic obstructive pulmonary disease), emphysema and eventually lung cancer.

A physician’s assistant (PA) and an intensive care nurse at a major hospital reviewed the damaged lung tissue of several cigarette smokers and said the x-rays looked identical to those of patients exposed to asbestos, and that diagnostic imaging revealed what looked like “ground glass” which settled in the soft tissue near the bottom of the lungs (GGO – ground glass opacity). The interviewed nurse said, “When lung tissue is damaged over and over, it develops lesions, and the cancer plants itself in there like seeds.” (http://www.appliedradiology.com)

Read moreDangerous Glass Fibers In Cigarettes Cause Additional Lung Damage For Smokers, Causing Lung Tissue To Look Identical To Being Exposed To Asbestos

WASHINGTON — A global network of lobby groups has spent nearly $100 million since the mid-1980s to preserve the international market for asbestos, a known carcinogen that’s taken millions of lives and is banned or restricted in 52 countries, the International Consortium of Investigative Journalists has found in a nine-month investigation.

Backed by public and private money and aided by scientists and friendly governments, the groups helped facilitate the sale of 2.2 million tons of asbestos last year, mostly in developing nations. Anchored by the Montreal-based Chrysotile Institute, the network stretches from New Delhi to Mexico City to the city of Asbest in Russia’s Ural Mountains. Its message is that asbestos can be used safely under “controlled” conditions.

As a result, asbestos use is growing rapidly in countries such as China and India, prompting health experts to warn of future epidemics of lung cancer, asbestosis and mesothelioma, an aggressive malignancy that usually attacks the lining of the lungs.

A “highly toxic” chemical in the glue on supermarket labels can seep through packaging and contaminate food, a study has shown. 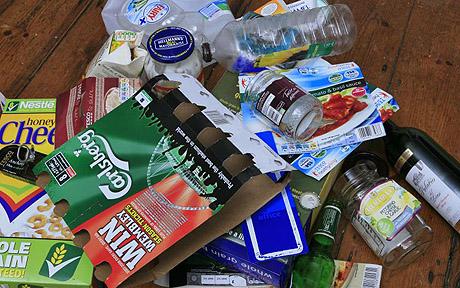 The chemical, which is in the highest toxicity category because it poses a “particularly severe risk to health”, is found in high levels on some of the sticky labels placed on packages of fresh meat, vegetables, tubs of sauce and other foodstuffs.

Strict EU safety regulations govern which materials can come into direct contact with food, but there are no rules about the chemicals in adhesives used to fix labels to the packaging.

A study published today by the Royal Society of Chemistry shows that four toxic compounds in commonly-used glues on sticky labels can seep all the way through paper and plastic packaging and contaminate the food inside.

One such adhesive is in the “highly toxic” class along with other poisonous chemicals such as mercury, asbestos and hydrochloric acid. Highly toxic chemicals can cause organ failure and even death in high doses.

“We know people were exposed to carcinogens. There was benzene, dioxin, asbestos,” said her colleague Dr. Philip Landrigan. “There’s reason to be concerned, so we’re engaged in watchful waiting. So far, there’s no excess.”

“There’s a serious health crisis related to 9-11,” Ms. Romero-Alston said. “Doctors don’t know what’s going on. What was initially all respiratory, is not all respiratory now.”

She said doctors are now seeing increasing numbers of cancer cases and blood diseases in those exposed to 9-11 contaminants, along with more complaints about skin, digestive and gynecological problems.

More than 360 workers who dealt with the aftermath of the World Trade Center disaster are known to have died, New York health officials said in May. Of the more than 600 diagnosed with cancer (other than blood cancer), 80 are included in the death count. Other deaths were traced to blood cancers and heart and circulatory diseases. Five ex-workers committed suicide, said Kitty Gelberg, who is tracking the deaths for the state’s World Trade Center Responder Fatality Investigation Program.

Officials have determined the cause of death of 154 of the responders and volunteers who toiled at Ground Zero, the blocks nearby and at the Fresh Kills landfill, where debris from the site was taken. “It’s the tip of the iceberg,” said David Worby, who is representing 10,000 workers who say they got sick after working on rescue and recovery efforts.

“These statistics bear out how toxic that site was, Worby said. Most of the deadly tumors were in the lungs and digestive system, according to the tally from the state’s program. Ms. Gelberg said she had not yet determined whether the number of cancer deaths was more or less than those typically occurring in men in their 20s to 50s who work as cops, firefighters or laborers-the majority of 9-11 workers. 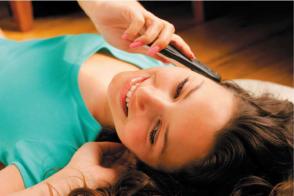