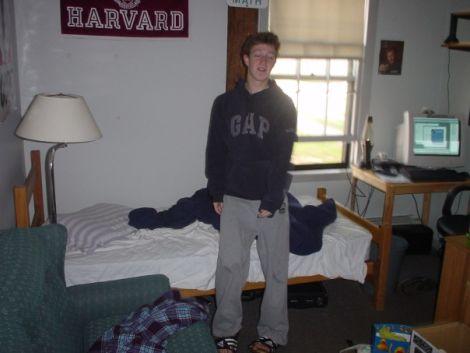 But the company’s attitude toward privacy, as reflected in Mark’s early emails and IMs, features like Beacon and Instant Personalization, and the frequent changes to the privacy policy, has been consistently aggressive: Do something first, then see how people react.

And this does appear to reflect Mark’s own views of privacy, which seem to be that people shouldn’t care about it as much as they do — an attitude that very much reflects the attitude of his generation.

“I feel Mark doesn’t believe in privacy that much, or at least believes in privacy as a stepping stone. Maybe he’s right, maybe he’s wrong.”

Kirkpatrick had this to say about Facebook COO Sheryl Sandberg in his book:

“Mark really does believe very much in transparency and the vision of an open society and open world, and so he wants to push people that way. I think he also understands that the way to get there is to give people granular control and comfort. He hopes you’ll get more open, and he’s kind of happy to help you get there. So for him, it’s more of a means to an end. For me, I’m not as sure.”

At one point early on on Facebook history, Zuckerberg – nervous about an upcoming report in the Harvard Crimson, used “TheFacebook” login data of Crimson staff to crack into their Harvard email accounts to see if the paper was going to include a claim that he had stolen an idea for a TheFacebook feature called “Visualize Your Buddy.”

Tim and Elisabeth decided to drop John’s claims from the story. But, this time, they decided to go ahead and publish a story on ConnectU’s claims against Facebook.

Mark Zuckerberg was not content to wait until the morning to find out if the Crimson would include John’s accusations in its story.

Instead, he decided to access the email accounts of Crimson editors and review their emails. How did he do this? Here’s how Mark described his hack to a friend:

Mark used his site, TheFacebook.com, to look up members of the site who identified themselves as members of the Crimson. Then he examined a log of failed logins to see if any of the Crimson members had ever entered an incorrect password into TheFacebook.com. If the cases in which they had entered failed logins, Mark tried to use them to access the Crimson members’ Harvard email accounts. He successfully accessed two of them.

In other words, Mark appears to have used private login data from TheFacebook to hack into the separate email accounts of some TheFacebook users.

In one account he accessed, Mark saw an email from Crimson writer Tim McGinn to Cameron, Tyler, and Divya. Another email Mark read was this one, from Crimson managing editor Elisabeth Theodore to Tim McGinn:

OK, he did seem very sleazy. And I thought that some of his answers to the questions were not very direct or open. I also thought that his reaction to the website was very very weird. But, even if it’s true so what? It’s an [redacted] thing to do but it’s not illegal, right? –Business Insider 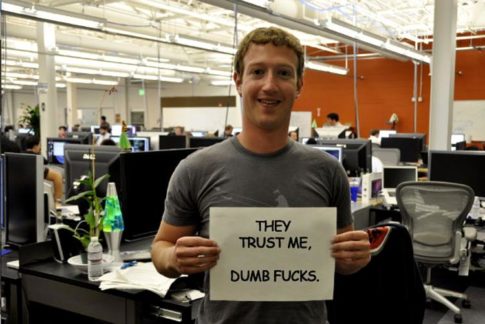 Lo and behold, Mark’s cavalier attitude towards Facebook user data is costing him billions at a time he’s actively shedding shares as part of a $12 billion liquidation which started last September.