– Orlando Shooting HOAX Crisis Actor May be the WORST Ever!! (Video)

– Strange: How did Orlando Victim “Antonio Devon Brown” Die in Pulse Nightclub shooting, When he was killed in 2013 in West Virginia?

– Why The Father Of The Orlando Mass-Shooter Was Sitting Behind Hillary:

Well this is a little awkward… 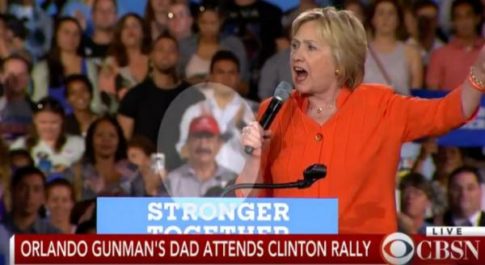 The Taliban-supporting, gay-punishing, father of Orlando mass-murderer Omar Mateen appeared to find the words of Presidential candidate Hillary Clinton appealing as he cheered her on at a campaign rally in Kissimmee (just south of Orlando!). 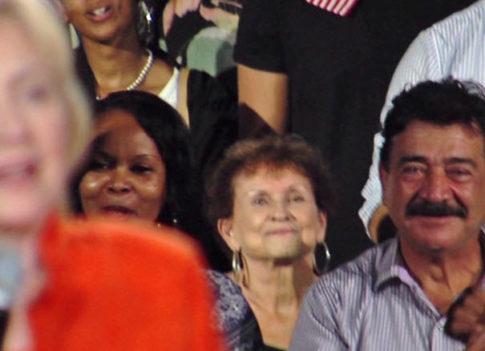 His reason for being there… Simple:

“Hillary Clinton is good for United States versus Donald Trump, who has no solutions..”

Hillary Clinton spoke to a crowd in Kissimmee, just south of Orlando.  She was supposed to be talking jobs, but started the speech off paying tribute to those affected by the Pulse Nightclub shooting.

“I know how many people, families, loved ones, and friends are still grieving, and we will be with you as you rebuild your lives.”

But local media WPTV happened to notice the man, who has a mustache and was wearing a red hat, behind Clinton. It was Seddique Mateen, the father of Orlando mass shooter Omar Mateen.

NewsChannel 5 asked Mateen what he was thinking about when Clinton spoke about the Orlando incident.

“We’ve been cooperating with the federal government, and that’s about it,” he said. “Thank you.”

Mateen didn’t want to answer any other questions, but just hours later, WPTV ran into him by chance at a rest stop on the way back to West Palm Beach.  He wanted to do an interview…

…and show us a sign he made for Clinton.

Finally when asked if he thought some people would be surprised to see him there, especially given the proximity to Orlando.

“Why should they be surprised?  I love the United States, and I’ve been living here a long time,” Mateen said.

Of course, the fact that the mass-shooter’s father was so perfectly placed seated right behind her is probably just a coincidence… but The Clinton campaign was very quick to deny it once social media noticed…

“The rally was a 3,000-person, open-door event for the public. This individual wasn’t invited as a guest and the campaign was unaware of his attendance until after the event.“

Still, we are sure if Matteen’s appearance had been embraced by the nation’s liberals (for being brave enough to appear and support real change in America or something like that) then the campaign spin may have been different.

One final piece of food for thought…

Imagine Osama Bin Laden’s father seated directly behind Bush at a rally right after 9/11 in NYC. That’s what just happened in Orlando.

Clinton definitely did not want to answer any questions about it…