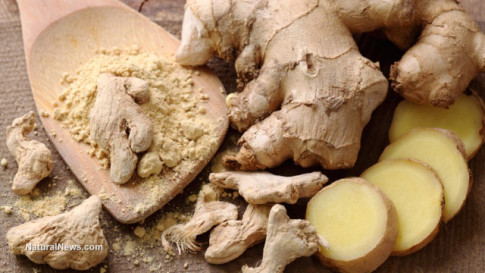 “The new study titled, ‘6-Shogaol Inhibits Breast Cancer Cells and Stem Cell-Like Spheroids by Modulation of Notch Signaling Pathway and Induction of Autophagic Cell Death,’ identified powerful anti-cancer stem cell activity in 6-shogaol, a pungent constituent of ginger produced when the root is either dried or cooked. The study also found that the cancer-destroying effects occurred at concentrations that were non-toxic to non-cancerous cells – a crucial difference from conventional cancer treatments that do not exhibit this kind of selective cytotoxicity and therefore can do great harm to the patient.”

Cancer stem cells are sometimes called “mother cells” because they are the precursors to the “daughter cells” that multiply to create tumors. As the researchers noted, chemotherapy is not effective at killing these mother cells and therefore in many cases, the cancer returns.

From the research findings:

“Cancer stem cells pose serious obstacle to cancer therapy as they can be responsible for poor prognosis and tumour relapse. To add into the misery, very few chemotherapeutic compounds show promise to kill these cells. Several researchers have shown that cancer stem cells are resistant to paclitaxel, doxorubicin, 5-fluorouracil, and platinum drugs [8, 16]. CSCs are thus an almost unreachable population in tumours for chemotherapy. Therefore any compound, that shows promise towards cancer stem cells, is a highly desirable step towards cancer treatment and should be followed up for further development.”

Ginger has been proven to be effective in killing ovarian and prostate cancer cells – further research could lead to more effective treatments that do not harm healthy cells in the human body, unlike chemotherapy and radiation treatments.

Aside from ginger’s potential use in fighting cancer, the root has many other properties that make it one of Nature’s most powerful remedies.

“Due to its strong anti-inflammatory, anti-parasitic, anti-viral and anti-bacterial properties, ginger is considered to be one of the most powerful foods of the 21st century.

“Ginger is rich in Vitamin C, magnesium and other minerals which make it extremely beneficial for your overall health. It is well known by its long history of use for improving digestion and immunity, relieving pain and fighting cardiovascular diseases, asthma and many other health issues.”

Boost your health with ginger tea

One of the best ways to reap the health-promoting properties of ginger is by drinking ginger tea. My own remedy for numerous common ailments is to simply chop up some fresh ginger into small chunks and then boil it in water for about 15–20 minutes. I like the taste without adding any sweetener, but some may find it a bit overpowering. In my experience, ginger tea is one of the best methods for fighting the onset of a cold, treating indigestion and strengthening my own immune system.

Holistic Living Tips provides a recipe that combines the health-boosting properties of both ginger and turmeric, blended with coconut milk and sweetened with honey.

The recipe is as follows:

The preparation of ginger tea is extremely easy. First, boil some water, add turmeric and ginger and let it simmer for 7-10 minutes. Next, add the milk and then strain the tea in a cup.

Do yourself a favor and start drinking ginger tea on a regular basis. It’s a delicious way to treat minor ailments, and may even prevent you from developing cancer.