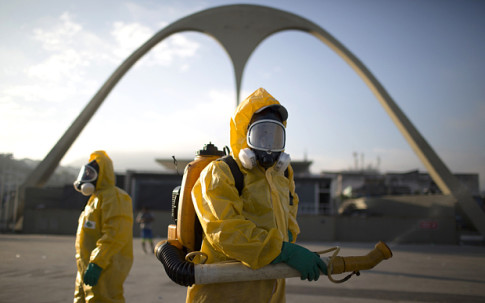 Workers in protective overalls and goggles sprayed the Sambadrome facility two weeks before it stages next month’s carnival parades even as a senior official stoked further fears by suggesting that the war against Zika – thought to cause brain defects in new-born babies – was being lost. 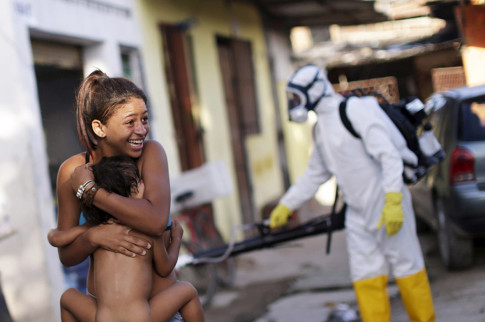 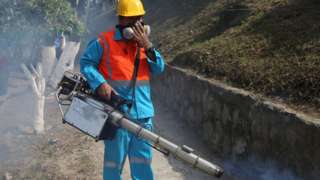 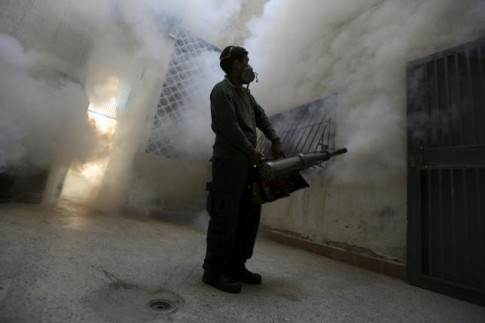 A municipal worker fumigates inside a building to help control the spread of the mosquito-borne Zika virus in Caracas, February 2, 2016. 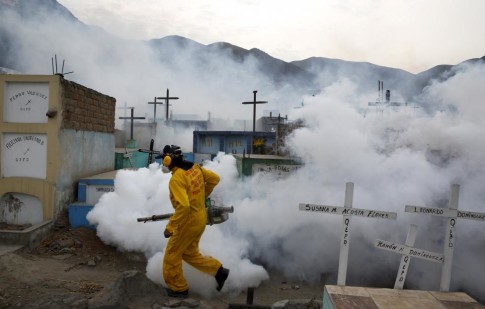 A health worker carries out fumigation as part of preventive measures against the Zika virus and other mosquito-borne diseases at the cemetery of Carabayllo on the outskirts of Lima, Peru February 1, 2016..jpeg