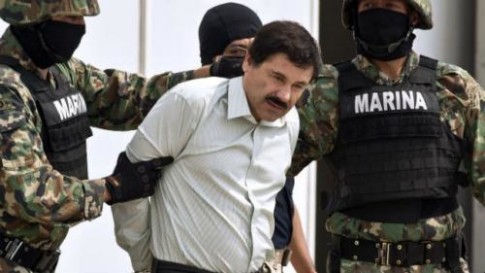 – Tying It All Together: Rifle Lost During “Fast And Furious” Found In El Chapo’s Hideout:

Just when we thought the surreal story surrounding Mexican drug lord Joaquin “El Chapo” Guzman’s second capture couldn’t get any more bizarre, it does just that, but in an oddly satisfying way, one which ties the soon to be incarcerated criminal south of the border with a criminal located right inside Washington D.C., one who however will never be punished. According to the Hill, a .50-caliber rifle recovered from El Chapo’s hideout was one of the firearms lost by the U.S. government’s gun-smuggling operation Fast and Furious.

Agents from the Bureau of Alcohol, Tobacco, Firearms and Explosives (ATF) checked serial numbers of weapons recovered after the raid earlier this month on the Los Mochis house where Guzman was staying. They traced one of two rifles back to the ATF program, according to Fox News.

Federal officials are investigating how many weapons seized from the house originated in the U.S., sources told Fox News. The report noted that ATF agents lost track of 1,400 of the roughly 2,000 weapons it allowed suspects to buy in Arizona with the intent of tracking them.

As the Hill ads, thirty-four of the weapons sold through Fast and Furious were .50-caliber rifles, sources told the news outlet, which reported that Guzman placed guards on hilltops to shoot down helicopters. So somehow the fallout from Eric Holder’s Fast and Furious ended up arming none other than Mexico’s most wanted criminal.

The botched Fast and Furious operation was intended to track straw purchasers of firearms, but ATF officials lost track of the guns. One of the guns was later tied to the shooting death of a Border Patrol agent in Arizona and multiple other weapons were linked to crimes.

The program sparked a major fight between congressional Republicans and the administration during President Obama’s first term.

Then-Attorney General Eric Holder was held in contempt of Congress for refusing to turn over records about the program. A federal judge ruled this week that Obama cannot use executive privilege to keep the records from Congress.

We doubt that will change anything, however, and the man who pegged the phrase “too big to prosecute” will continue walking free, because after all it is one thing to go after criminals in Mexico, when it comes to the former US Attorney General, in the height of irony, justice is always loopholed. 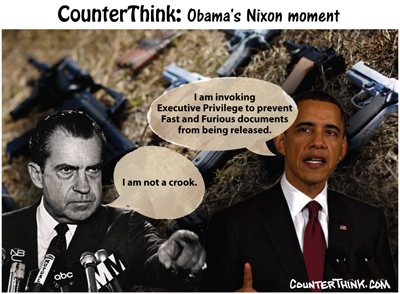 – High-Ranking Mexican Drug Cartel Member Makes Explosive Allegation: ‘Fast and Furious’ Is Not What You Think It Is

– Freedom Watch With Judge Napolitano: US Regime Wants ‘License To Lie’ And ‘Ability To Destroy Records’