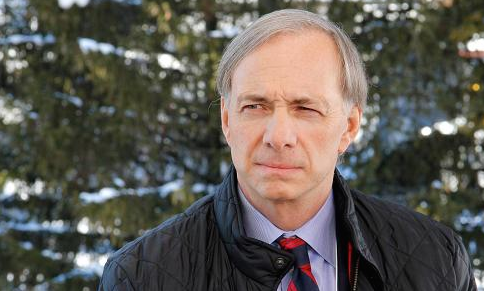 – “If Assets Remain Correlated, They’ll Be A Depression”: Ray Dalio Says QE4 Just Around The Corner:

CNBC’s Andrew Ross Sorkin and Becky Quick, donning their finest goose down bubble coats to remind viewers they’re reporting live from scenic Davos, generously took some time out of their busy schedules to chat with Ray Dalio on Wednesday and unsurprisingly, the “zen master” again predicted the Fed will reverse course and embark on more QE.

Dalio begins by noting that the Fed’s move to inflate financial assets by pumping money into the system means there’s an “asymmetric risk on the downside.”

The rationale is simple: the trillions in fungible, excess cash the Fed unleashed in the wake of the crisis has driven asset prices into bubble territory and at this juncture, there’s essentially nowhere to go but down.

That, Dalio says, will create a “negative wealth effect”, the opposite of Bernanke’s infamous virtuous circle wherein Americans would supposedly spend more and thus boost the economy if only the Fed could repair the damage their 401ks suffered in 2008.

In short, Dalio reiterated his contention that the Fed will ultimately be forced into QE4 and that the much ballyhooed tightening cycle will essentially amount to a one-off, “just to show you we could do it,” blip on the ZIRP radar screen. “Every country in the world needs easier monetary policy,” Dalio said, before noting that central banks now have less room to ease. He made similar comments in September of last year in an interview with Bloomberg TV.

Dalio also said he’s concerned that the Fed isn’t concerned. When Becky Quick suggested the FOMC is more vigilant than the market might think, Dalio responded with this: “I hope you’re right.”

As for the fact that the historical relationships between asset classes (volatilities and correlations) that are used to construct optimal “risk-parity” funds in order that ‘risk’ is balanced and hedged across bonds and stocks have all broken down dramatically causing funds like Bridgewater’s vaunted “All Weather” portfolio to sink, Dalio warned that if assets remain correlated and things continue to move in the “wrong” direction, “they’ll be a depression.”

That, he concluded, is why MOAR QE, and thus a return to the “full-Krugman” regime, is a virtual certainty.

So much for the “beautiful deleveraging.”