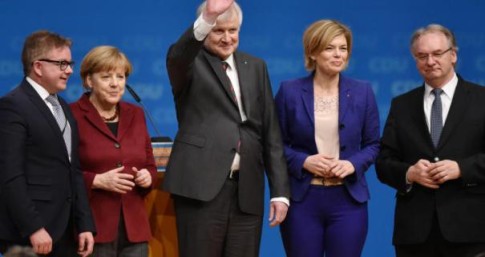 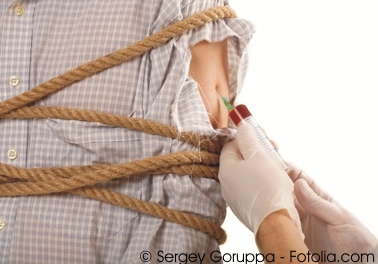 (ht) The CDU has today at its national convention expressed in Karlsruhe at the request of the Junge Union for the introduction of a statutory compulsory vaccination against diphtheria, tetanus, polio, whooping cough, mumps, measles, rubella and varicella. Come 2016, the official vaccination? We need to act if we want to prevent that!

If you had asked me earlier this year that if I see get a vaccination to us, I would have this clearly in the negative. This assessment was already shaken the end of February with the general measles scaremongering after the alleged Berliner measles fatality. In fact, the real seed bullying was aggravated as a result of this campaign, with the entry into force of the new Prevention Act on.

The world is upside down and it is crazy with each passing day. To top it the crown, now the CDU at its party – called for the introduction of a statutory compulsory vaccination – all previous vaccination-denials of the government notwithstanding.

Meanwhile, my assessment: If we continue with business as usual – so do not actively defend ourselves – this vaccination will come at the latest after the general election in the autumn 2017th Maybe even earlier.

The refugee influx limit – but no limits: The start of the CDU party congress in Karlsruhe was dominated by the current political challenges.

Refugee policy: The CDU wants to reduce the influx of asylum seekers and refugees “by taking effective measures be felt”. The decision states: “A continuation of the current influx would state and society, overwhelm even in a country like Germany, in the long run.” The re-imported as a result of the refugee crisis border controls are as long as essential and intensify, where appropriate, to a strict control the EU’s external border should be ensured. In laws, federal and state mandatory integration agreements and mutual rights and obligations of the state and migrants are to be enshrined.

IMMIGRATION LAW: The CDU now opens but for an immigration law. In the adopted wording states: “There are already many legal regulations on immigration. These need to be consistent and better interlinked, merged into one law and better communicated abroad. “A year ago, CDU General Secretary Peter Tauber had harvested violent opposition for a similar foray.

ISLAM: Delegates voted for the statement that Islam also belongs to Germany. For such words of former German President Christian Wulff had harvested fierce criticism. The CDU but resists full veiling of women, but does not explicitly solicit for a burqa ban from.

Party reform “MY CDU in 2017”: “disciples, colorful, feminine” wants to become the CDU. In addition, members and interested parties should allow more opportunities to join in on online platforms and other digital channels. In addition, the proportion of women is to be increased by 2020 from the current 26 to at least 30 percent.

NATIONAL ANTHEM: The CDU wants the national anthem is enshrined in the Basic Law. The Federal Government should work to complement the Article 22 of the Basic Law accordingly.

Compulsory vaccinations: The CDU is a legal obligation to vaccinate infants – including for diphtheria, tetanus, polio, whooping cough, mumps, measles and rubella, and chickenpox.

ANIMAL WELL AND SUSTAINABILITY: It should “be established to the animal welfare and at the same time serving affordable by farmers housing conditions”. Proviso is the voluntary commitment, the consequences will not be threatened. Students should be able to make a diet license, there should be greater energy efficiency and more charging stations for electric vehicles.

Digitization: The delegates agreed to, inter alia, to improve access to digital technologies in schools as well as fair wages and good working conditions even in the digital world. A requested by the Board legal right to access to fast Internet was no majority. Germany-wide should be available everywhere soon WLAN; as well as a nationwide broadband coverage of at least 50 megabits per second by the year 2018th