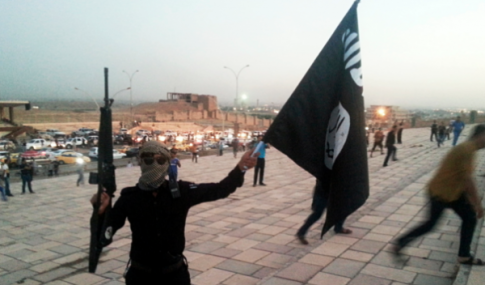 – It Will Take 10 Years To Recapture Mosul From ISIS, US Army Officer Says:

When Mosul fell to ISIS in June of 2014, the world was shocked that the group – which at that juncture, was just beginning to make a name for itself – could possibly have overrun the US-trained and armed Iraqi army to take control of the country’s second-largest city.

“The city fell like a plane without an engine,” a Mosul businessman who fled to Erbil said at the time. “They were firing their weapons into the air, but no one was shooting at them.”

That account reinforces the notion that the Iraqi regulars effectively ran away in the face of the ISIS advance. Here’s what Ash Carter said after Ramadi fell: “The Iraqi forces just showed no will to fight. They were not outnumbered. In fact they vastly outnumbered the opposing force and yet they failed to fight and withdrew from the site…We can give them training, we can give them equipment. We obviously can’t give them the will to fight.”

No Ash, you can’t, and when you hand over equipment to soldiers with no will to fight, that equipment usually ends up in the “wrong” hands which is exactly what happened after the Iraqi regulars abandoned Mosul. After routing the Iraqi forces, ISIS seized 2,300 humvees and then proceeded to loot some $429 million in cash from the city’s central bank. This made Obama’s terrorist “jayvee squad” one of the most well armed, well funded extremist groups in history.

18 months and a whole hell of a lot of ineffectual “coalition” airstrikes later, ISIS still controls Mosul and indeed, the group’s propaganda machine has released images from the city which seem to suggest that all in all, daily life has returned to some semblance of normality (as much as life can be “normal” under the rule of a self-styled medieval caliphate). Here’s an example: 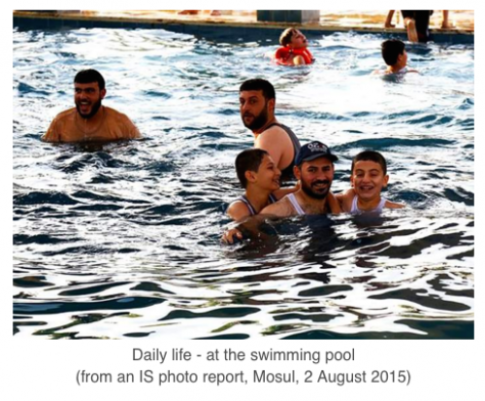 Well, now that the Kurds have retaken Sinjar, and now that the Iraqi army supported by Shiite militias and Sunni volunteers are set to launch on offensive in Ramadi, some wonder if there will ultimately be an attempt to wrest control of Mosul from “the terrorists” (as Sergei Lavrov calls ISIS). Of course taking back Mosul would deal a severe blow to Bakr al-Baghdadi’s troops and it would also impact the group’s lucrative oil trade, so we somehow doubt that a major campaign is the offing. Nevertheless, we found the following take from a US soldier who fought in the city to be interesting given his contention that recapturing Mosul will take no less than ten years.

Excerpted from “So you want to take back Mosul from ISIS? Are you ready for a 10-year seige?,” by Thomas E. Ricks, as originally published in Foreign Policy

There’s a lot of loose talk about “re-taking” Mosul. Here are my thoughts about how difficult it would be. In my non-General Officer, very tactical-level opinion, an assault on this place would turn into a ten year siege, perhaps longer.

My dour thoughts are inspired by my experiences fighting there. I served for a year in Mosul from 9/2005 to 8/2006 as an infantry Platoon Leader before ‘surging’ to Baghdad until December.  I owned the battle space on southwest side of the city (near FOB Marez): Tal al Ruman, the Dick Cemetery, Shit Creek, Al Amils #1 and 2.

We fought insurgents for months and we had ground superiority and three large bases (Courage, Marez, Diamondback) ringing the city, plus lots of police stations (5 West etc) and Iraqi Army posts. We also had SKTs (Small Kill Teams) set up for ambushes on hot corners. My brigade just missed the Battle for Mosul, fought by Deuce Four the previous spring and we heard the stories from those guys who did the battle handoff. It was unpleasant to say the least. Look at the stories from Fallujah — a city that is 20 percent the size of Mosul.

If I were in charge of taking back the city, I don’t think I’d risk dropping any SOF or spotters the night before my invasion. I’d rely on drones for my reconnaissance and spotting during my 36-hour artillery binge on the ring berm and other key targets.  Then I’d get a whole lot of helicopters and do a night air assault, probably with my back to the Tigris, and push west and east, with tanks coming from the northeast side.

After we pushed through, grabbed the squirters, and sealed Mosul off from the rest of the world, I’d settle in for a siege and a ten-year war of attrition. Some folks think we could starve them out. But it’s a big city and carpet-bombing is not an option. Smugglers exist everywhere. Resupply is not far away. There are exurbs to the east (Bashiqa 15 miles) and west (Mawali 25 miles). Bashiqa is a Yzidi (or at least was) village and Mawali is Sunni. My battalion raided the latter village one night, with my platoon as the spearhead, and got two of three of our HVTs. For a village requiring a battalion sized raid, even nine years ago, there’s probably still a lot of anti-U.S. resentment and support for the bad guys — lots of prospects to help resupply. Then there’s Hamam al Alil 20 miles to the south, with river access, and a small garrison of IA (I think it used to house an IP school). Our line platoons rotated down there to command that garrison for a few weeks at a time — total vacation at COP Aggie in Hamam al Alil. Of course Dahuk and Turkey is a short drive to the north. Thus — there’s a lot of little hamlets ringing the city that can be used for resupply, enemy staging grounds, or worse.

All of that assumes the US is really interested in taking back Mosul in the first place.

If you ask an Iraqi, they’ll tell you Washington would just as soon let ISIS have the city or, as WaPo put it earlier this month, the Iraqi public thinks “that the United States is supporting the Islamic State for a variety of pernicious reasons that have to do with asserting U.S. control over Iraq, the wider Middle East and, perhaps, its oil.”

So yes, Mr. Ricks, “there’s probably a lot of support for the bad guys.” The question is whether it’s the locals supporting them, or Washington itself.

On the bright side, retaking Mosul won’t ultimately end up taking 10 years because once the Russians get there and once the IRGC is officially on the ground battling alongside Iran’s Shiite militas, we’ll likely find out that routing Baghdad’s army isn’t as difficult as The Pentagon would like you to believe.

1 thought on “It Will Take 10 Years To Recapture Mosul From ISIS, US Army Officer Says”