– City of corpses: 100s of bodies under rubble in Mosul, many women & children

– Sanitizing the Killing Fields of Mosul:

The smell of rotting corpses pervades the city. Over 40,000 civilians were ruthlessly massacred, mostly by US terror-bombing – discussed in a previous article.

The city resembles a moonscape, few signs of life visible anywhere. Civilians able to get out are displaced refugees, largely on their own to survive – their homes, possessions and futures destroyed.

Tens of thousands of others are buried under rubble. Mosul is an open-air graveyard, one of many examples of US viciousness, what imperialism is all about – a rage for wealth, power and dominance no matter the human cost.

Contrast a sanitized NYT report with a candid one by Professor Seyed Mohammad Marandi after visiting the city and witnessing the devastation firsthand.

– Mosul’s Bloodbath: ‘We Killed Everyone – IS, Men, Women, Children’:

Iraqi soldiers receive brutal, final order in last days of battle with IS – Kill anything that moves. Results can be found crushed in the rubble

July 27, 2017 – The Iraqi soldier looks out from his tiny three-walled room across a wasteland of rubble that crumbles steeply down to the banks of the Tigris River and contemplates the last days of the savage fight against the Islamic State (IS) group.

“We killed them all,” he says quietly. “Daesh, men, women and children. We killed everyone.”

Read moreMosul’s Bloodbath: ‘We Killed Everyone – IS, Men, Women, Children’

– The Media Says the US Just Liberated Mosul: Here’s What Really Happened:

The mainstream media appears to be celebrating ISIS’ recent defeat in Mosul, albeit with some reservations. The media is largely using the word “liberation,” which indicates the people of Mosul have been freed from a monstrous force by a friendly, benevolent one.

In reality, the “liberation” of Mosul paints a dark, horrifying picture of America’s foreign policy when one realizes how ISIS took hold of Mosul in the first place. As Anti-Media in summarized in September of last year, the U.S. allowed ISIS to gain control of Mosul quite deliberately:

The Islamic State on Wednesday night destroyed the famous Grand al-Nuri Mosque located in Mosul, best known for its leaning minaret, known as the “hunchback” and one of Iraq’s most famous landmarks.

– 4-yo survivor of US-led coalition airstrike still has shrapnel in her legs & face (VIDEO):

A little girl who miraculously survived an airstrike in western Mosul last month has had her sight restored, but still needs more surgery to remove shrapnel from her body, the family told Ruptly at their new home in the eastern part of the Iraqi city. 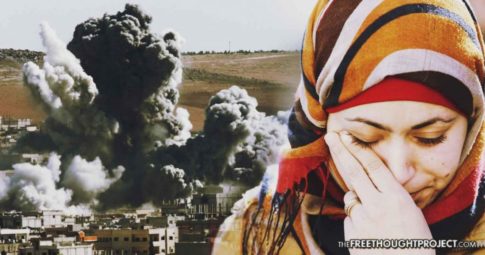 Americans seem to be willing to step into the fray in Iraq, which takes one back to Vietnam and the My Lai massacre, where the concept of the US was to destroy the village to save it, said Jack Rice, former CIA officer, and international lawyer.

Russian Foreign Minister Sergey Lavrov said Monday that Moscow is alarmed by American actions in Mosul, which may have resulted in mass civilian casualties. He also said Russia had requested a special briefing of the UN Security Council in connection with the deadly incident.

An airstrike made headlines around the world after more than 200 people were killed.

This was a wonderful statement…..

FLASHBACK—Obama: ‘We’re Leaving Behind a Sovereign, Stable and Self-Reliant Iraq’

– Whether from ISIS shells or US-led coalition bombs, civilians suffering in Mosul (VIDEO)

Al-Baghdadi has more lives than a feral cat. And he also has a magical ability to sense incoming U.S. airstrikes

At #ISIS base in southern #Mosul, American missiles were found. Was it McCaine who brought them there? pic.twitter.com/HLdGlRxM5i

Read moreAt #ISIS base in southern #Mosul, American missiles were found. Was it McCain who brought them there?

– ‘Huge concern’ as number of civilians displaced from Mosul reaches 200,000

Nowadays the CIA could program (within a very short period of time) almost anybody to kill one’s own family.

What can they do if they are given plenty of time?

“Just when you thought it was fizzling out.”

– Isil militants abduct 8,000 families from around Mosul and take them into city to use as human shields:

Islamic State of Iraq and the Levant has abducted tens of thousands of men, women and children from around Mosul to use as human shields in the imminent battle for the city, the UN has said.

The militants forced more than 8,000 families to leave their homes before marching them into Iraq’s second city, which they are defending from advancing troops.

“Isil’s depraved, cowardly strategy is to attempt to use the presence of civilian hostages to render certain points, areas or military forces immune from military operations,” said Ravina Shamdasani, a spokesman for the UN rights office.

Over 60 civilians have been killed and at least 200 injured during three days of US-led coalition airstrikes on residential areas in Mosul, the Russian military reported.

“There were numerous attacks of the US-led coalition targeting residential areas, schools, and other civilian objects both in Mosul and in other parts of the Iraqi Nineveh Governorate,” Gen. Sergey Rudskoy, head of Operations in the Russian General Staff, told journalists on Tuesday.

“We are closely monitoring the situation around Mosul. So far we see no substantial progress in liberating this city from the terrorists of ISIS,” he added, referring to the terrorist organization Islamic State by its former name.

According to the Russian military, among the civilian objects hit by US-led coalition airstrikes was a school for girls in southern Mosul, which was attacked last Friday.

– Sniper of Mosul: Sick ISIS leaders being picked off one at a time by jihadi assassin

ISLAMIC State (ISIS) leaders are being picked off by a mysterious ‘Sniper of Mosul’ – who is heading the city’s resistance against the death cult.

The apocalyptic fighters are now living in fear of the prolific marksman, who has killed a number of ISIS soldiers over the last 24 hours.

Read moreSniper of Mosul: Sick ISIS leaders being picked off one at a time by jihadi assassin 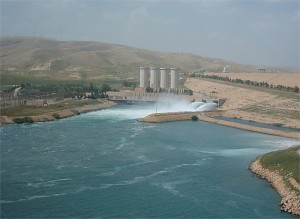 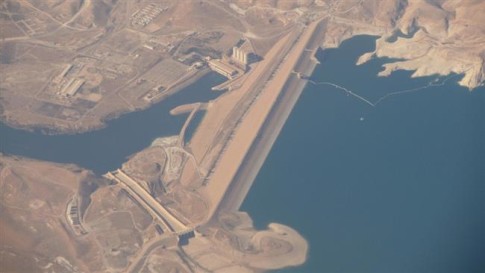 The US military is gearing up to deal with the catastrophic consequences of a potential collapse of Mosul dam in northern Iraq, the top US general in the Arab country says.

US Army Lieutenant General Sean MacFarland, head of the US-led coalition against Daesh (ISIL) in Iraq and Syria, said Thursday that Iraqi authorities are aware of “the potential” for the collapse and the need for constant grouting of the hydroelectric dam’s foundation to prevent it.