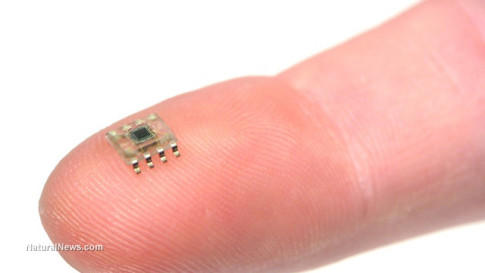 They say as California goes, so goes the nation, right? Let’s hope that’s not the case this time.

The Los Angeles Times reports that after state lawmakers and Democratic Gov. Jerry “Moonbeam” Brown passed legislation forcing most California children to be vaccinated, officials in L.A. County are now forcing all cat owners to microchip them.

The new mandate was “long-awaited” and applies largely to residents of the county’s unincorporated areas. Besides microchipping, cat owners are also now expected to spay or neuter them.

Although the number of stray dogs euthanized in county shelters has dropped in recent years, cats that get picked up continue to face grim prospects. Last year, the county Department of Animal Care and Control impounded 28,911 cats, and 21,055 of them were euthanized.

L.A. County already required dog owners to spay or neuter their pets and ensure they were microchipped. As before, county taxpayers will help foot the new cat requirements. The paper reports that vouchers of $50 to offset the costs of “fixing” and chipping cats will be available to residents until the funding limit of $125,000 is spent. Afterward, taxpayer-funded assistance will remain available to low-income residents, according to the Department of Animal Care and Control Center’s spokesperson, Marcia Mayeda.

County Supervisor Michael D. Antonovich, the requirement’s principle backer, issued a statement saying that his measure would reduce the “uncontrolled breeding of cats that can turn into a severe public health concern” and “help identify the owners of the nearly 29,000 cats that are impounded annually and prevent them from being euthanized.”

Many people are praising the public safety benefits of this decision, but others are concerned that the line of thinking is that this will apply to pets first and then people at some point down the road.

Impossible? Perhaps it is today, but it’s a concept that has been introduced publicly, and what’s scary about that is the person who made the suggestion is someone who wants to be your president.

As reported by Collapse.news, “transhumanist” Zoltan Istvan, an independent presidential candidate, has proposed that behavior-correcting brain implants could be used as a substitute for capital punishment.

Istvan argues that violent behavior is a mental disorder that requires outside assistance, in the same way a heart with an irregular beat requires a pacemaker. According to this reasoning, prisoners should not be held accountable for their actions because they are, by their very nature, incapable of living up to a standard of accountability. A brain implant would be like an internal monitor that regulates the actions of a prisoner; it would act as a tranquilizer whenever the prisoner exhibited violent or aggressive behavior.

It sounds crazy, but there are people out there who are now working on this technology

As crazy as this sounds to us today, understand that a guy like Istvan would never have suggested such a concept were it not already under consideration somewhere else and if the technology did not exist.