While the deal to discuss the deal that may or may not become a deal in June is still lingering in the news cycle, it seems Iran (fresh from its demands for complete sanctions lifting) is comfortable with some sabre-rattling. As the Washington Times reports, citing U.S. Army analysis, Iran’s army is creating military explosive-mounted killer drones, increasing the risk for Israeli and U.S. ships in the Gulf. So while all eyes are firmly focused on the threat of nukes, the US military reports states that “no aspect of Iran’s overt military program has seen as much development over the past decade as Iranian unmanned aerial vehicles.. promises to make American operations in both the Persian Gulf and Gulf Aden [at the Red Sea] more complicated.” 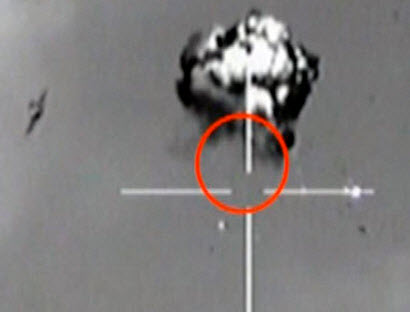 The army is believed to have tested the suicide drones in December last year against ship targets near the Strait of Hormouz, the report added.

The analysis report reads: “While it is easy to dismiss the idea of a suicide drone as more symbolic than real in an age of cruise missiles and precise Predators, utilizing suicide drones is an asymmetric strategy which both allows Iran to compete on an uneven playing field and poses a risk by allowing operators to pick and choose targets of opportunity over a drone’s multi-hour flight duration.”

The report concludes: “Perhaps no aspect of Iran’s overt military program has seen as much development over the past decade as Iranian unmanned aerial vehicles Iran’s explosive emphasis on drone development promises to make American operations in both the Persian Gulf and Gulf Aden [at the Red Sea] more complicated and can also pose a proliferation concern should Iran export suicide drones to groups like Hezbollah or Bashar al-Assad loyalists in Syria.”

The Washington Times report claimed Iran was sharing drone technologies with “allies Hamas on Israel’s south and Hezbollah on its north.”

It is believed that Iran’s drone capabilities have already been used at least twice – first when Hamas launched three reconnaissance drones into Israeli airspace and also in Gaza.

But while the report said the Iranian air force was no match for the U.S.’s, the drones could potentially inflict levels of damage similar to that caused by the Japanese kamikaze attacks during World War II, according to the newspaper.

He said: “This makes the Iranian development of drones specifically to interfere with helicopter operations extraordinarily dangerous,.. The Iranians have long probed American ships’ defenses in international waters, but you can communicate with an Iranian boat. You can’t communicate with an Iranian drone, and so the slippery slope to a real military engagement has just gotten closer.”

So when do the “Unmanned suicide-drone proliferation” Deal talks begin?